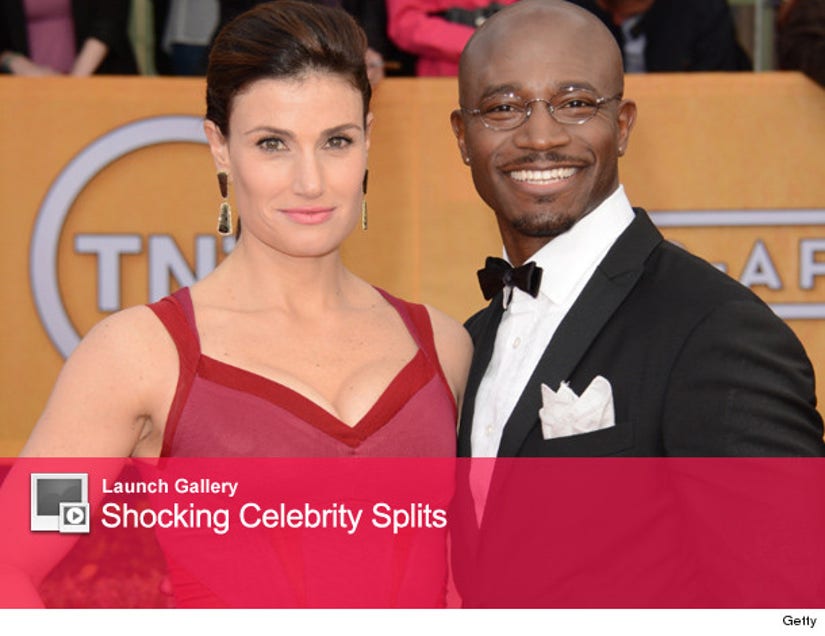 Taye Diggs is still trying to figure everything out.

The actor chats with Redbook magazine, where he opens up about his divorce from Broadway songstress Idina Menzel.

Fans were heartbroken when Taye and Idina announced that they were filing for divorce, and the process hasn't been easy for the "Private Practice" star.

"I'd be lying if I said there weren't times when I thought, 'Oh, man, people are going to trip out [if we split].' Maybe they thought it was cute that we met in 'Rent.' There weren't a lot of couples like us in the theater community—and I know there aren't a lot of performers as talented as she is… and then you have the whole mixed [race] thing. It was easy for people to root for us," he says of their relationship.

"Right now, we're still trying to figure out a lot of stuff because we're on different coasts and our son is getting older."

For now, the actor's happy just being a dad. The former power couple has a 4-year-old son, Walker, together.

"The best is seeing the expression on his face when I pick him up from school—the way he says 'Daddy' is unrivaled by anything. Then the toughest… well, lately, it's leaving for work when I know I have to be away from him for more than a few days. And just the vulnerability. It's weird: You can do whatever with your own life, but when it comes to someone else's, who is your blood, it's a level of vulnerability that I wasn't—that I'm still not—prepared for," he explains.

It's great to hear that the "Rent" costars are still co-parenting. What do you think about Diggs' comments?

Sound off below and click "Launch Gallery" above to see even more shocking celebrity splits.