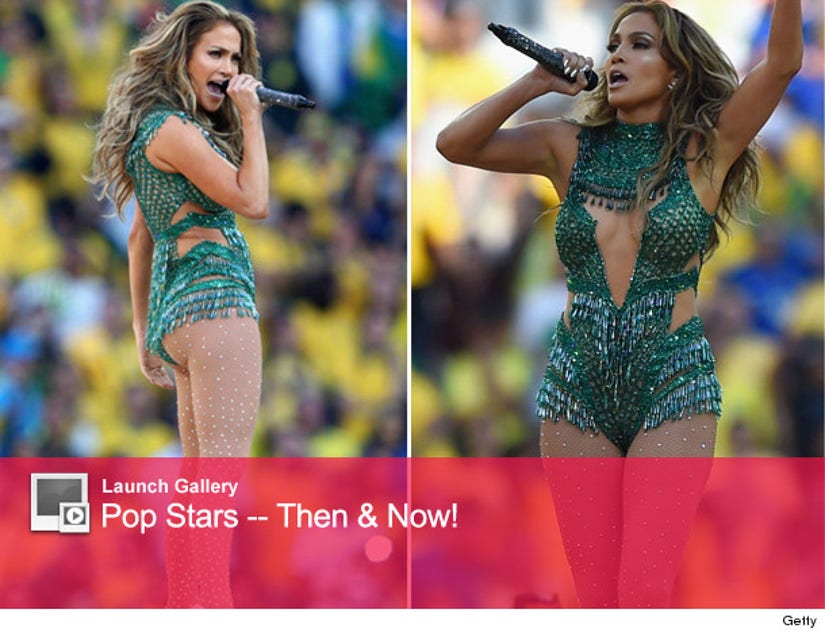 Jennifer Lopez is proud of her fit figure!

The singer showed off her curves in a green embellished costume for the big opening ceremony of the 2014 FIFA Football World Cup in Sao Paula, Brazil on Thursday.

Lopez left little to the imagination in the sparkly getup, with her chest and famous booty fully on display. 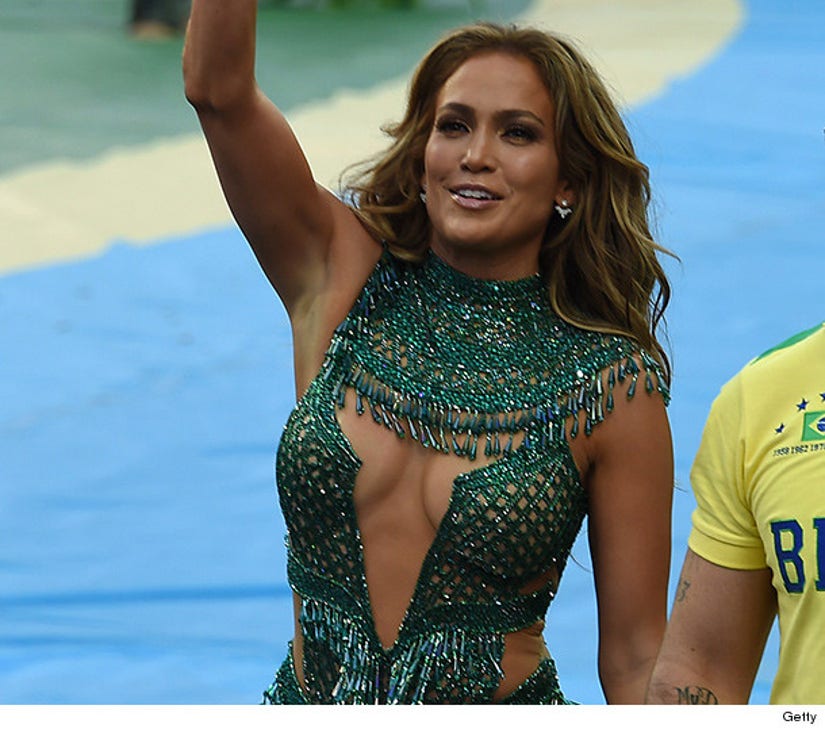 It's been a crazy month for the 44-year-old. Reports surfaced last week that she split from Casper Smart -- and the pop star has already been linked to "Dancing With The Stars" pro Maksim Chmerkovskiy.

The "American Idol" judge put the rumors to rest, though. On Thursday she tweeted one of her fans to clear up those dating reports.

"@MySimple_Life No I'm not. (dating anyone new already.)," she replied to her inquisitive devotee.

Well, the single life sure looks good on the "I Luh Ya Papi" singer! What do you think about J.Lo's sexy look?

Tell toofab in the comments section below and click "Launch Gallery" to see even more pop stars then and now!