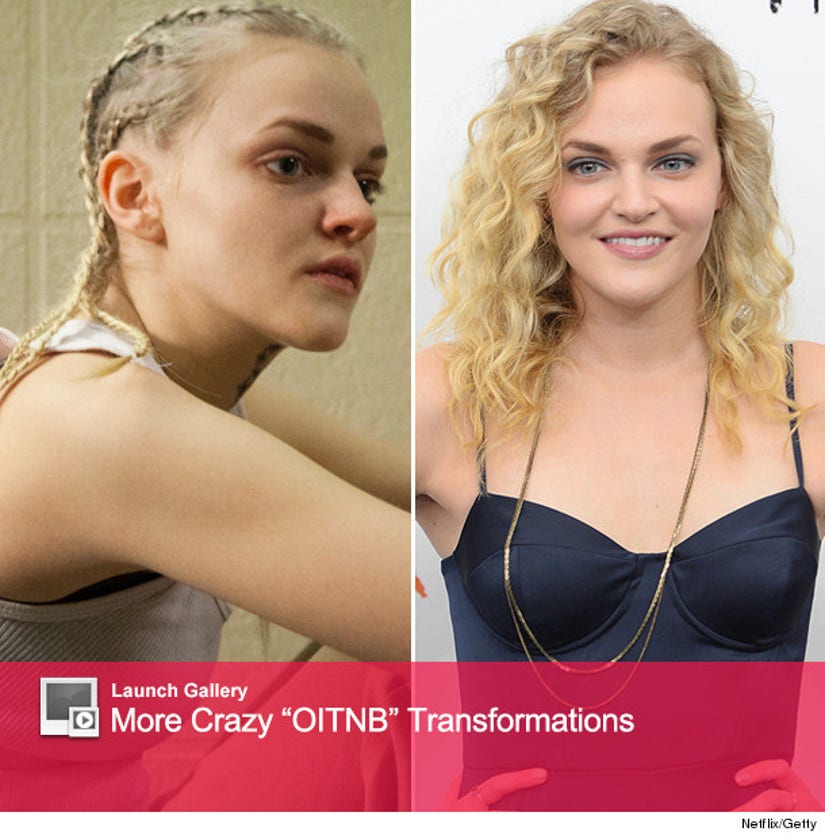 Fame is a strange thing for the stars of "Orange Is the New Black."

Not only did it come literally overnight, but a lot of the actresses look completely different in real life -- trading in their tattoos, wild hair and jacked up teeth for some seriously stylish looks.

While promoting her new gig on Netflix's other series "Hemlock Grove," Madeline Brewer gave toofab's Brian Particelli a little insight into the transformation she and her former costars went through for the prison dramedy and revealed how strange it was to suddenly find herself in the spotlight.

Warning: Season One spoilers below!

In her debut performance, Brewer played drug-addict Tricia Miller last season, the cornrowed inmate who met her untimely end after overdosing on pills.

The job was a big change in pace for Madeline, who kept her night job as a waitress during and after filming.

"[Fame] happens so quickly and there's no time to really catch up. It happens over night and it's scary," she continues. "It feels like you have to be this person that you weren't yesterday because now everybody knows your name because of this. For Tyalor Schilling, she had done some brilliant work but she is now Taylor Schilling. It's cray cray."

Her new role on "Hemlock Grove" is a little different -- and comes with its own perks.

"I get to wear make up, it's a lot of fun," Brewer continues. "Actually, it was a lot of fun not to wear makeup because then I didn't have to worry about anything. It's cool, it's been fun, I don't have to get my scalp ripped out every day. It's been a really awesome transition!"

While the cast has been pretty secretive about Season Two of Eli Roth's horror series, Madeline did offer up some vague clues about how her character fits into the picture.

"My character is new and is not from Hemlock Grove, so she's not a freak," she tells us. "She's brand spankin' new and she's tough as nails and she's a lot of fun. I'm looking forward to it. There's a much more human aspect to everyone. You get down to who they are."