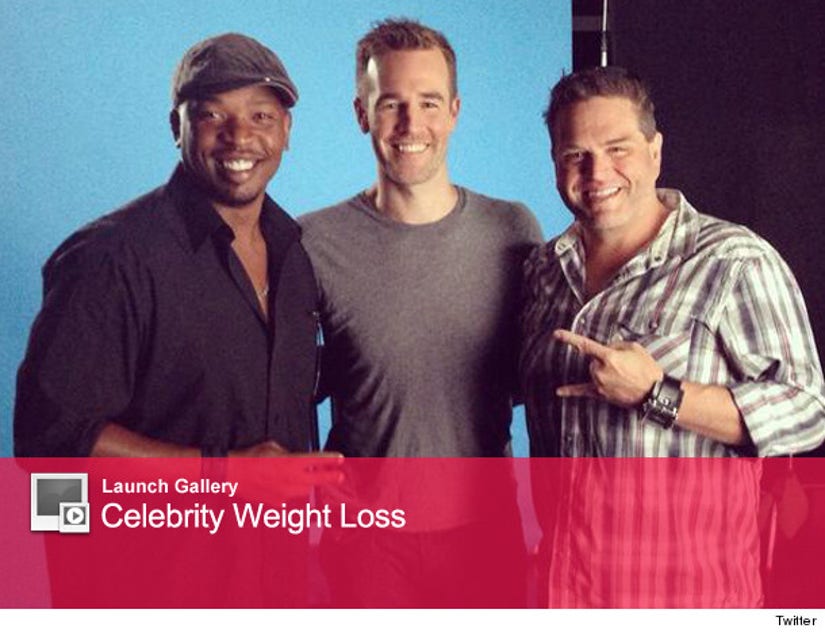 The boys are back together!

James Van Der Beek met up with his "Varsity Blues" costars Eliel Swinton (Wendell Brown) and Ron Lester (Billy Bob) on Thursday -- and took to Twitter to share of photo from the mini reunion.

"Mini Varsity Blues reunion for https://NFL.com w/ @coacheswinton & about 1/4 of the @RonLesterRadio I remember," the "Dawson's Creek" alum wrote along with the snapshot.

So, what have these guys been doing since their glory days on the football field?

After playing Mox in the high school sports flick, Van Der Beek continued to play Dawson on "Dawson's Creek," and he later starred in a series of television shows, including "Don't Trust the B---- in Apartment 23," "How I Met Your Mother" and the just-canceled "Friends with Better Lives."

Ron would later star on "Freaks and Geeks" and "Popular" and appeared in "The Karate Dog" with "Blues" costar Jon Voight.

"Varsity Blues" was Swinton's only film role, and he currently works as a trainer in Los Angeles.

We love to see these guys back together!

What is your favorite "Varsity Blues" moment? (Could it be the famous whip cream bikini?) Sound off below!