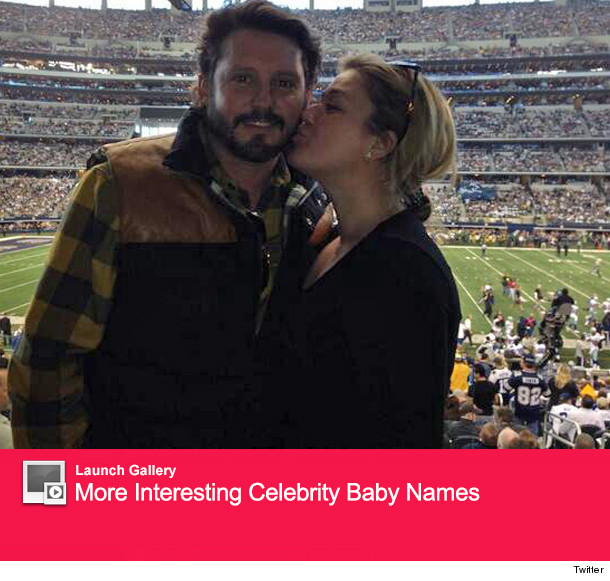 "Our baby girl River Rose Blackstock arrived on June 12th! Thank you everyone for all of your well wishes! Brandon and I are on cloud 9!! :)," she shared with her 10 million Twitter followers on Saturday morning.

This is the first baby for Kelly. Brandon -- who is Reba McEntire's stepson -- has two kids (Savannah and Seth) from his first marriage. Kelly and Brandon tied the knot during a beautiful ceremony in Tennessee last October.

Clarkson was very candid about her pregnancy, revealing she was having a baby girl before giving birth and talking about her weight.

"Everybody calls me fat all the time, so I can’t wait to have a reason, instead of everybody just being a jerk," Kelly said after announcing her pregnancy.

As for losing weight now that she's welcomed her little girl, she says that's not exactly a priority.

"I’ve never been Gisele Bündchen, so ain’t nobody expectin’ that! I like to set a [low] standard so people don’t expect a lot," the singer admits.

And then there was this tweet earlier this month:

Okay my baby girl needs to come on out ASAP. Mama is tired, swollen and miserable hahaha!