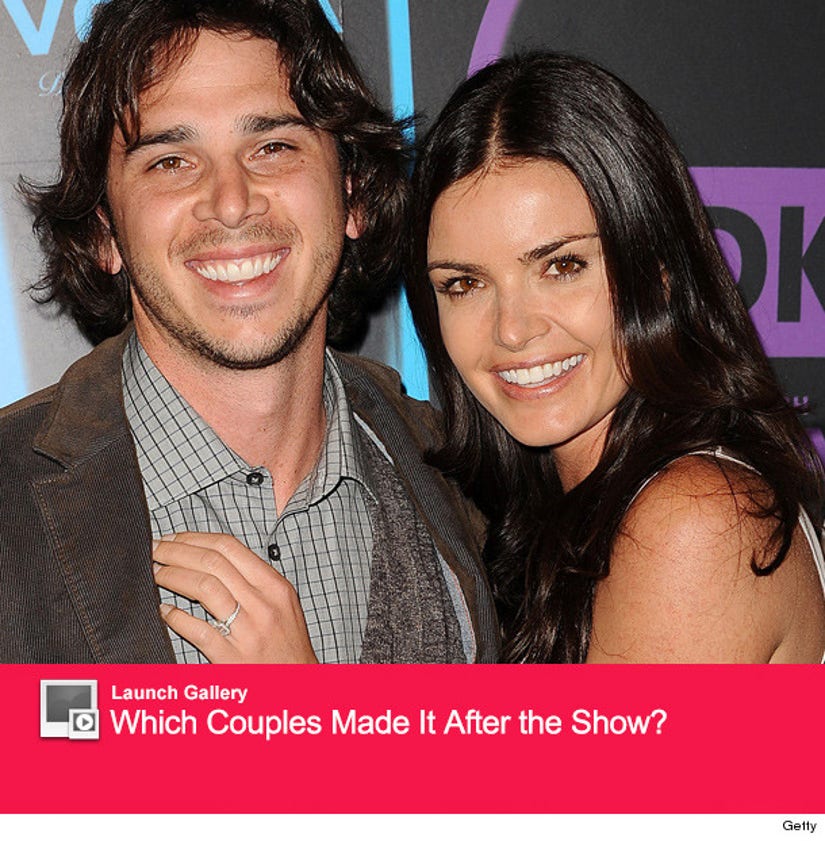 Select members of the press were given an advance copy of the "Bachelor" winner's new book, "I Didn't Come Here to Make Friends: Confessions of a Reality Show Villain," and one especially steamy excerpt found its way online earlier today.

The passage goes into explicit detail about Courtney and Ben Flajnik's first night together in a Fantasy Suite.

"Ten minutes after we were in the cottage, the camera crews, handlers, and producers scrammed, and we were completely alone for the first time ever," Robertson writes. "We immediately ripped each other's clothes off and had intense, passionate sex on the couch in front of the fire. Producers had left a cell phone for use in case of emergency, but they did not leave us any condoms."

Yep, sounds like they did it without any protection. Classy!

"We did every position under the sun, but I believe I sealed the deal when we successfully completed the reverse cowgirl," she continued. "After sexual interlude number two, a sweet, slow lovemaking session in the bedroom, Ben and I lay facing each other, snuggling. We fit really well together."

She goes on to say that Ben admitted to being "madly in love" with her during their pillow talk.

Robertson would go on to win Season 16 of the ABC reality show, but the two would split seven months after the finale aired.

Check out the gallery above to see how more couples from both "The Bachelor" and "The Bachelorette" have faired. Spoiler alert: Not many have made it!