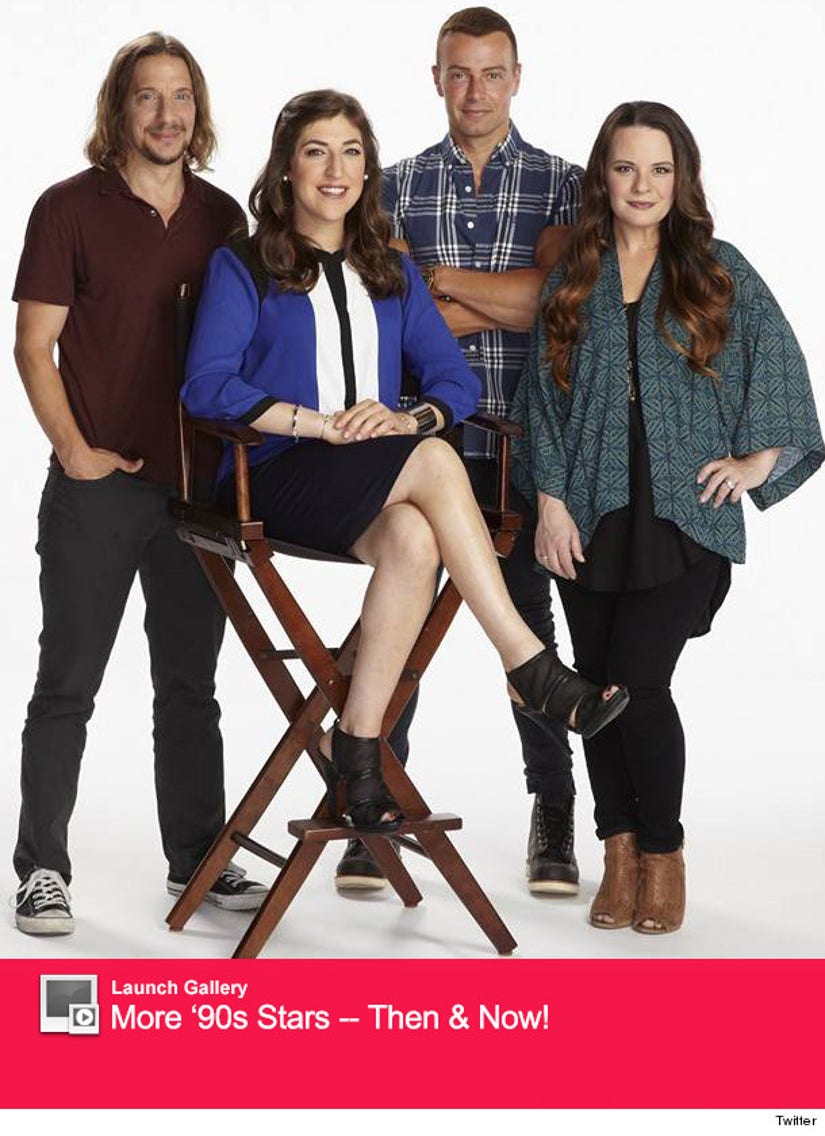 The Russo clan (and BFF Six) got together again on Monday for an amazing "Blossom" reunion, the crew gathering for the first time since the show went off the air almost 20 years ago.

Mayim Bialik gave us all a major '90s flashback when she posted a number of photos from brand new photo shoot earlier today. The promotional shoot was for The Hub network, which will start airing the classic sitcom in July.

"So awesome being with u all again. Feels like no time has passed. Love you all," Lawrence also tweeted after the shoot.

The show's entire five-season run will start re-airing on The Hub starting July 7, will you be watching?