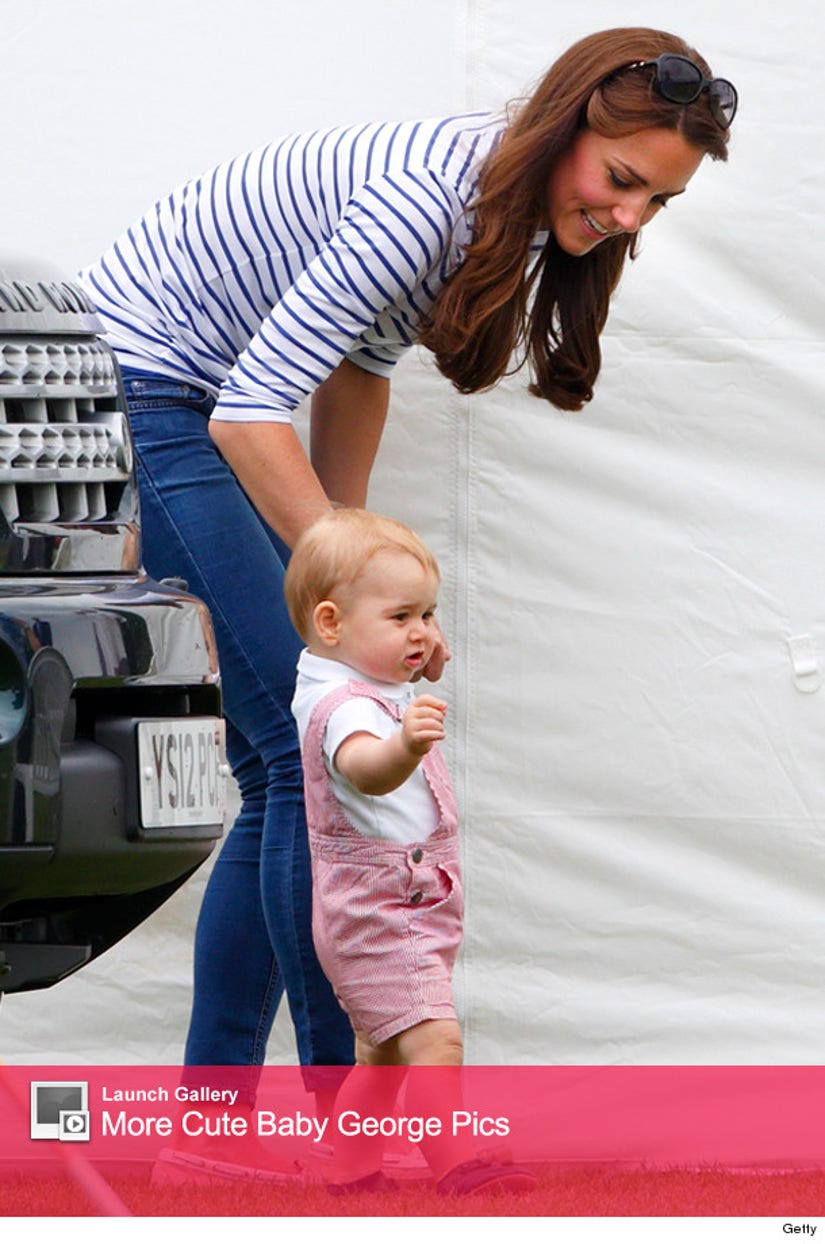 The royal baby is on the move!

Prince William enjoyed his first Father's Day on Sunday, playing polo while wife Kate Middleton and their son, Prince George, cheered him on from the sidelines.

All eyes were on the 10-month-old tot, who spent much of the time practicing walking, with his mom leading him around a tent set aside for players.

"You know George—wriggle wriggle wriggle! He was adorable," a polo spectator told Us Weekly. "He was in Kate's arms most of the time, but she put him down on the ground a couple of times to play. He was grabbing one of the polo mallets at one point when Kate joined in with the divot stomping during a break. Kate seemed a bit nervous to let go of him though. She said, 'He's really fast!" 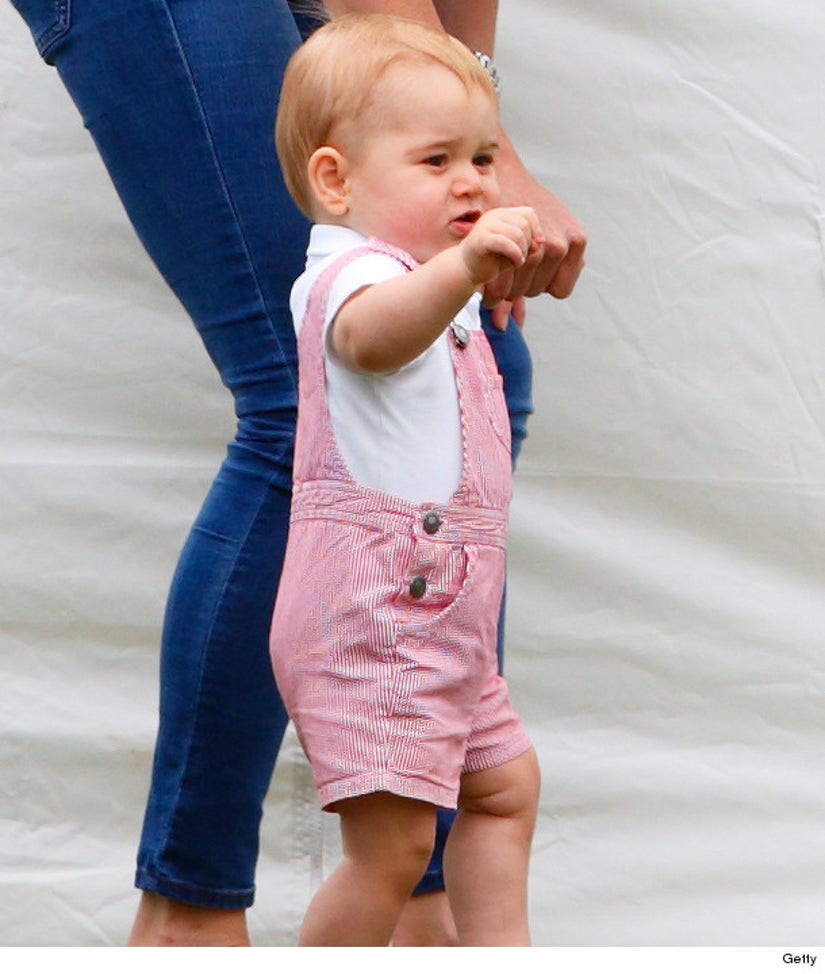 The Duchess looked cute and casual in jeans, her favorite striped shirt from Me + Em, sunglasses and boat shoes. Her son was dressed in a pinstriped red and white jumper, a white polo shirt and black shoes.

What an adorable duo!

The polo outing came a day after Kate, Prince William and Prince Harry helped celebrate the Queen's 88th birthday with the Trooping the Colour ceremony in London.