It's been 27 years since Tom Selleck, Steve Guttenberg and Ted Danson starred in the 1987 hit, "Three Men and a Baby." But, what happened to their tiny costar, baby Mary!?

Lisa Blair and Michelle Blair Ontonovich were just 4-months-old when they took turns playing Mary Bennington alongside the funny trio.

The twins stopped by the "Today" show on Monday to talk about what it was like to be part of such a popular movie.

"At first, when we were little, it wasn't a big deal to us at all," Michelle explained. "I think it was when we became teenagers, people started coming up to us a lot more …"

"Asking us for our autographs and everything," Lisa said, finishing her sister's sentence. 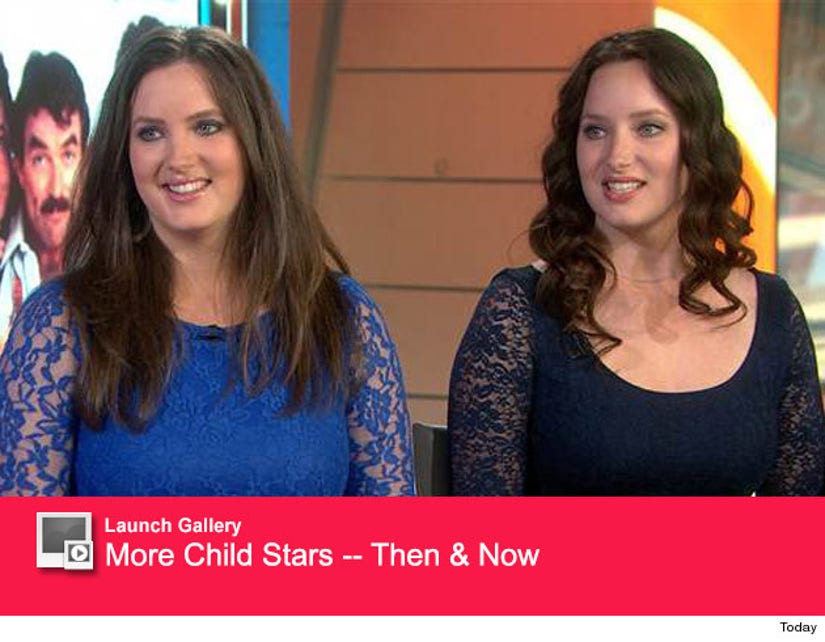 The 27-year-old former child stars left Tinseltown behind after their first and only film. In fact, their entire on-screen experience was "a bit of a fluke" according to their mother.

"I was just bored at home on [maternity] leave, and I heard about this casting call," Geriann Blair explained. "I thought it was just a scene in a movie."

While the ladies don't remember much from their big screen debut, the pair had some embarrassing moments during filming.

Geriann said that the wet spots on Selleck's shirt in the iconic movie posters "were not water" and came from Lisa. She also embarrassed Michelle, revealing how she impressed director Leonard Nimoy (yes, Mr. Spock himself!) by peeing on cue in the diaper-changing scenes.

Talk about making their mark!

Michelle and husband Ryan Ontonovich are the proud parents of Jacob, who is just one month older than the twins were when they became box-office babies.

Check out the video to hear more of the twins' stories, and click "Launch Gallery" above to see more of your favorite child stars, then and now!