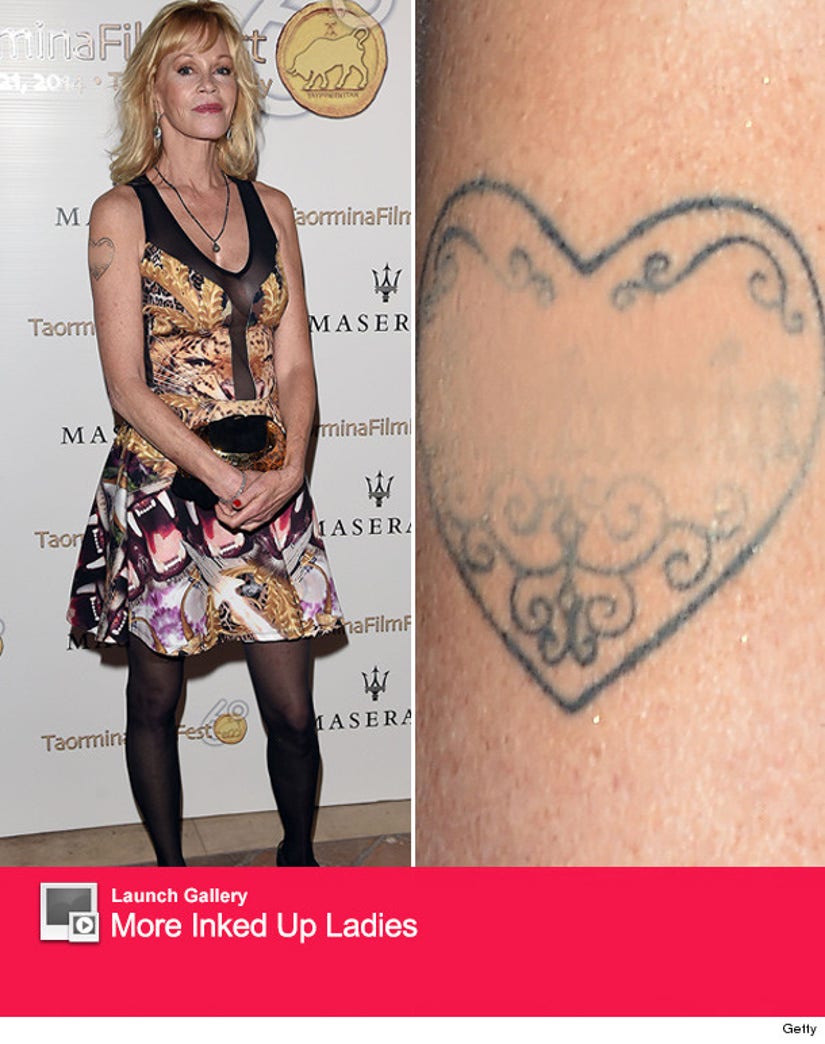 Looks like tattoo remorse is finally setting in for Melanie Griffith.

Her split with Antonio Banderas, her husband of 18 years, took a really sad turn on Tuesday night in Italy -- as Melanie made a very public statement about her ex.

Though part of her arm tattoo was visible when she hit the red carpet at the Taormina Film Festival, she covered up the actor's name with makeup. The ink usually says "Antonio" in the center of the heart.

The 56-year-old actress also removed her wedding band for the appearance.

Despite filing for divorce from Banderas earlier this month, Griffith appeared to be enjoying herself at the event, where she showed off some serious cleavage in a sheer animal print mini.

Melanie was also seen partying and taking selfies with Eva Longoria at the party. 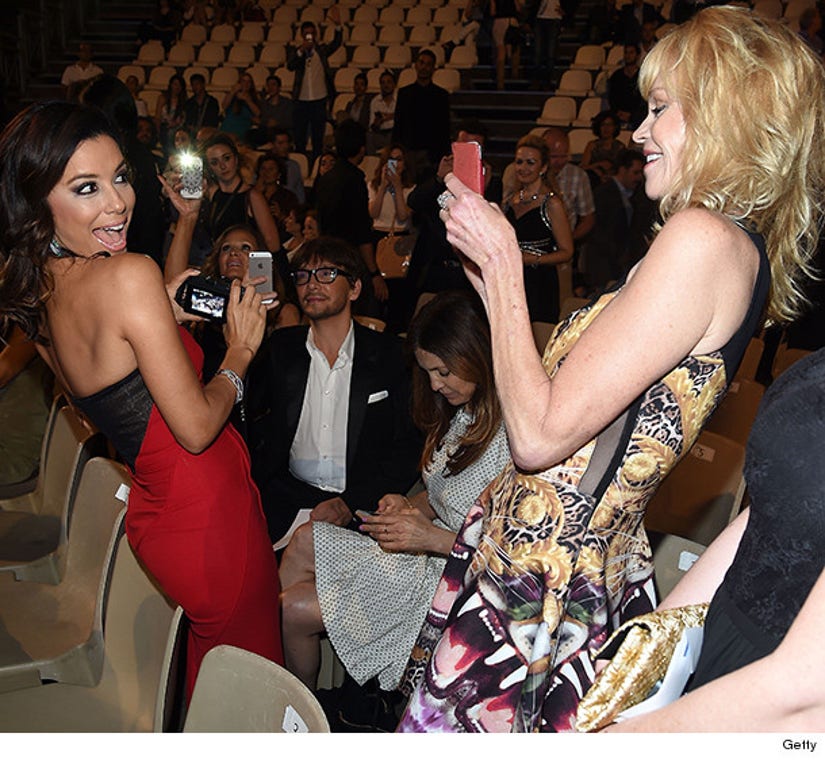 According to TMZ, the split between Griffith and Banderas is an amicable one, and the only real issues will be dividing property and deciding who will have custody of the former couple's two dogs.