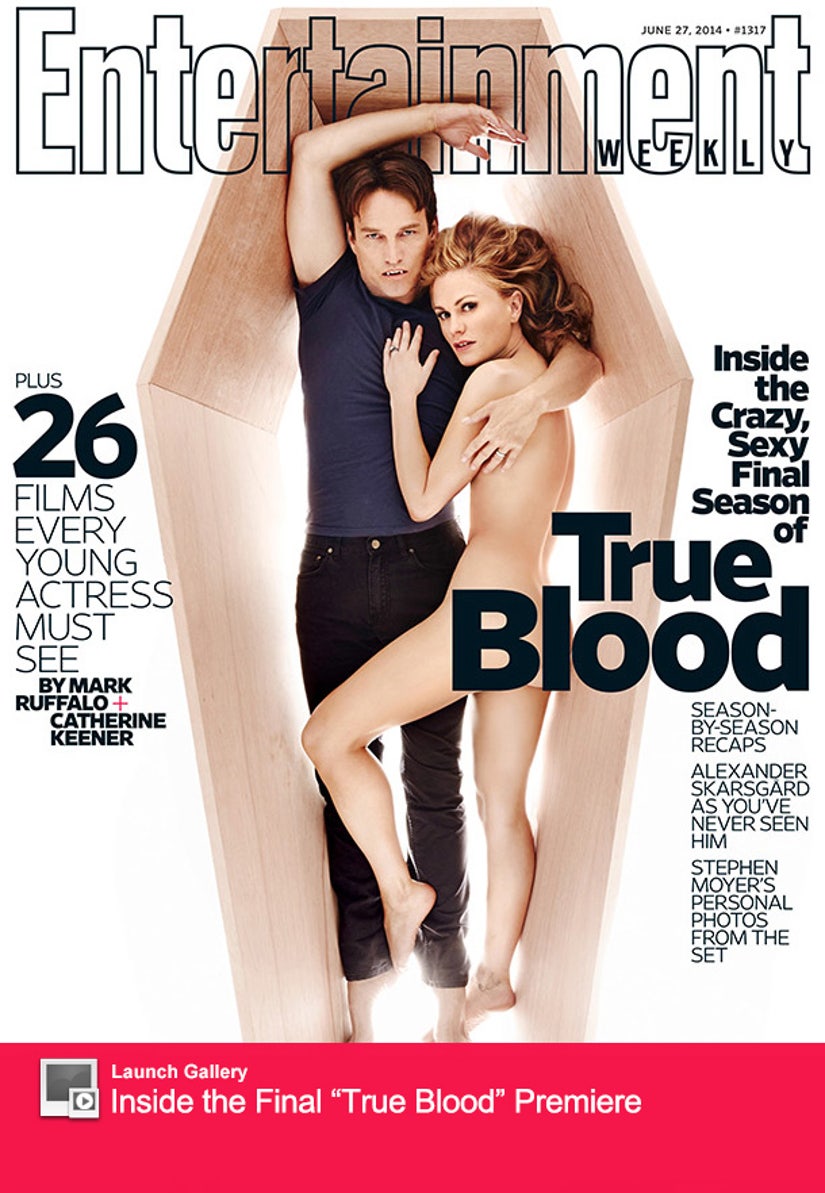 Anna Paquin is showing off her true bod!

The actress goes totally naked on the new cover of Entertainment Weekly, sporting nothing but a ring with her fully-clothed husband, Stephen Moyer.

Of course, nudity is par for the course for the stars of HBO's "True Blood," which never goes a week without someone showing some serious skin or getting down and dirty with another cast member.

And while Paquin and Moyer are married in real life, their characters are with other people, something that made for some interesting situations when Stephen stepped behind the camera to direct a sex scene between Sookie and wolf man Alcide.

"There are moments where I'll be watching on a monitor [and say], 'Oh, Joe [Manganiello], just move your hand up towards Anna's breast. Good. And can you move your right thumb just a little bit towards her nipple? Great,'" Moyer tells EW. "And then I'll go, 'Babe, babe, enjoy it.' I'm certainly talking to her as 'babe.' 'Darling, go for it. Yeah, feel the nipple.'"

"We set the bar very high for weird very early on," adds Paquin. "We've done a lot of odd s**t on this show."

"It's quite interesting for us as a couple because we've kind of gone to places where a lot of people don't get to," Moyer continues.

We'll see exactly where Sookie and Bill are headed with "True Blood" returns next Sunday on HBO.

To celebrate the premiere of the final season, the cast and crew hit the red carpet in Hollywood on Tuesday. Check out the gallery above to see Rutina Wesley's VERY revealing ensemble and see some photos from inside the wild after-party!