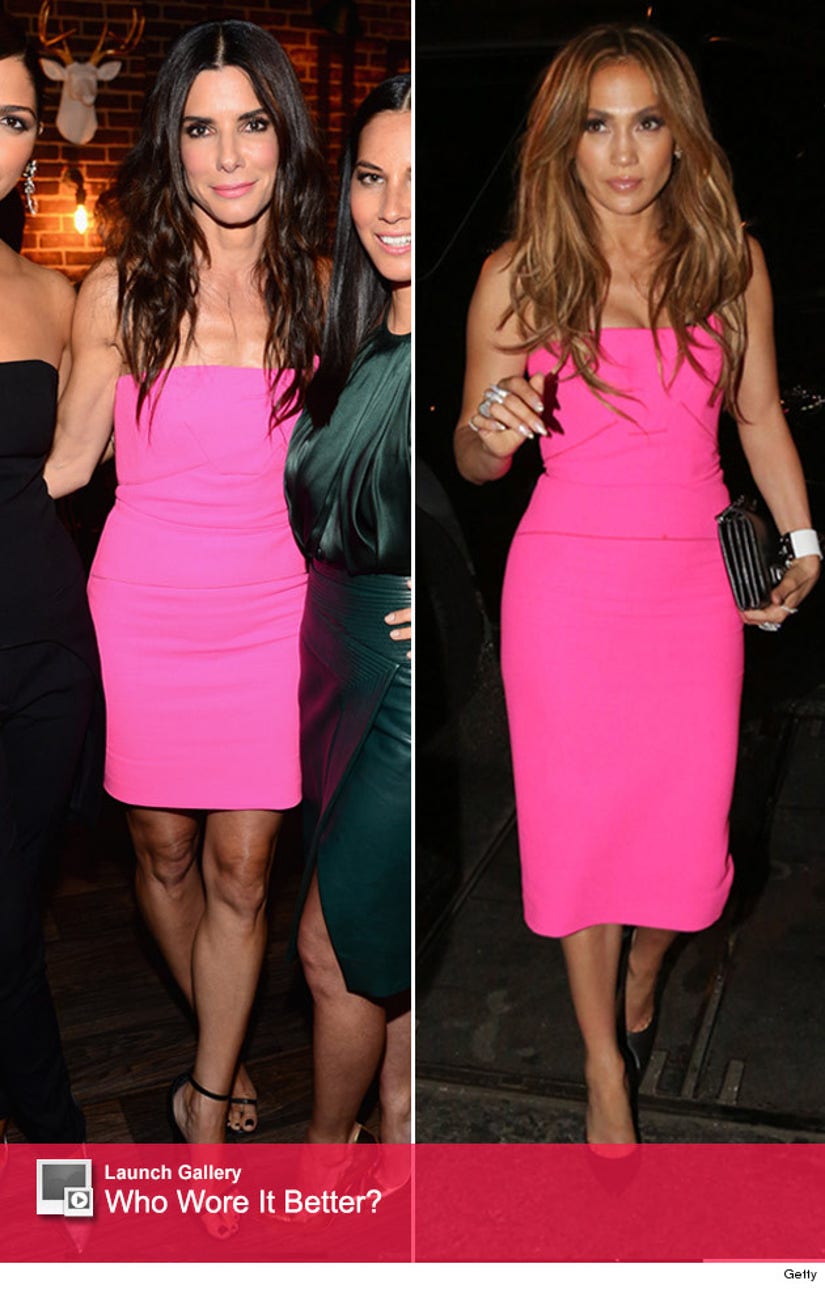 It's a style showdown between a big screen siren and a singing sensation!

No better way to accept her Decade of Hotness award than in a hot pink dress!

The actress wasn't the only star who wore this colorful ensemble.

Jennifer Lopez sported the same dress on Tuesday at her "A.K.A" album release party in New York City.

The only discernible differences between the two looks are length and shoe choice. The "I Luh Ya Papi" singer went for the midi version with black pumps while Sandy opted for the mini and strappy stilettos.

Both women looked fantastic in the fun frock, but we have to give the nod to Sandra. We love how she chose a shorter hemline to show off those sexy stems.

But your vote is the one that counts -- who do you think wore it better? Tell toofab in the comment section below, and click "Launch Gallery" above to vote on more stars in dueling dresses.