The rapper stopped by Bravo's "Watch What Happens Live" on Wednesday, where he opened up about Beyonce's breath, Kim Kardashian hookup rumors and named the most "overrated rapper" of all time.

Check out the video above to see what he said!

Clearly, the 38-year-old had no problem answering Andy Cohen's tough questions, and he even managed to throw in a few digs while he was at it.

When asked about getting yelled at by Bey -- when the two were pictured getting into a heated argument in Las Vegas on New Year's Eve -- the "In Da Club" singer said her breath wasn't that bad.

Adding, "It's like if you're in an elevator and you're attacked, you can't do nothing," he added, taking a slight dig at Jay Z, while referring to the elevator brawl with Solange Knowles.

But the "Drunk in Love" songstress wasn't the only hip-hop star he slammed. The "Candy Shop" singer also said that Bey's hubby, Jay Z, is the most overrated rapper. "He would say he was overrated. Rather be overrated than underpaid," he added.

And when it comes to those Kim K. sex rumors, 50 denied that he's ever bedded the reality star ... with a suspicious smile on his face.

What do you think about 50's candid comments? Tell toofab in the comment section, and click "Launch Gallery" below to see more surprising celebrity couples! 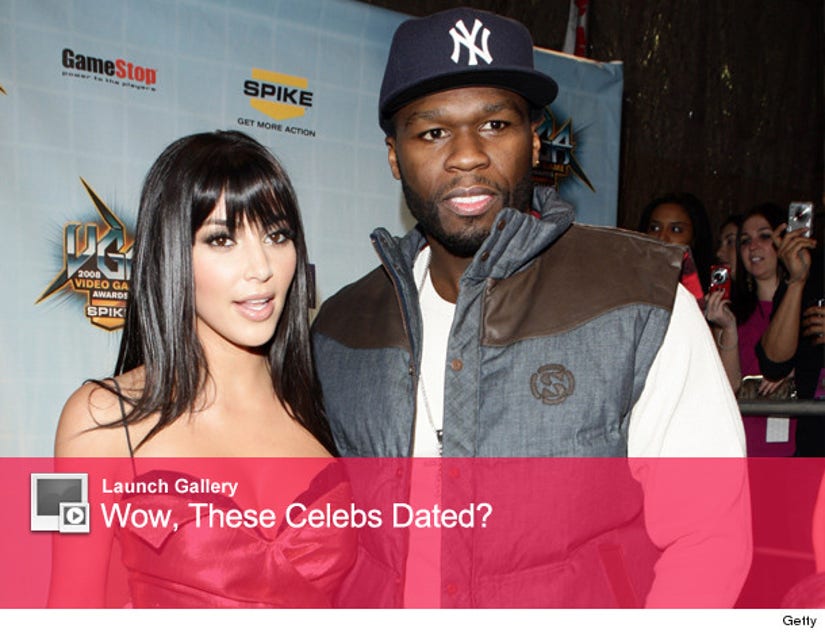