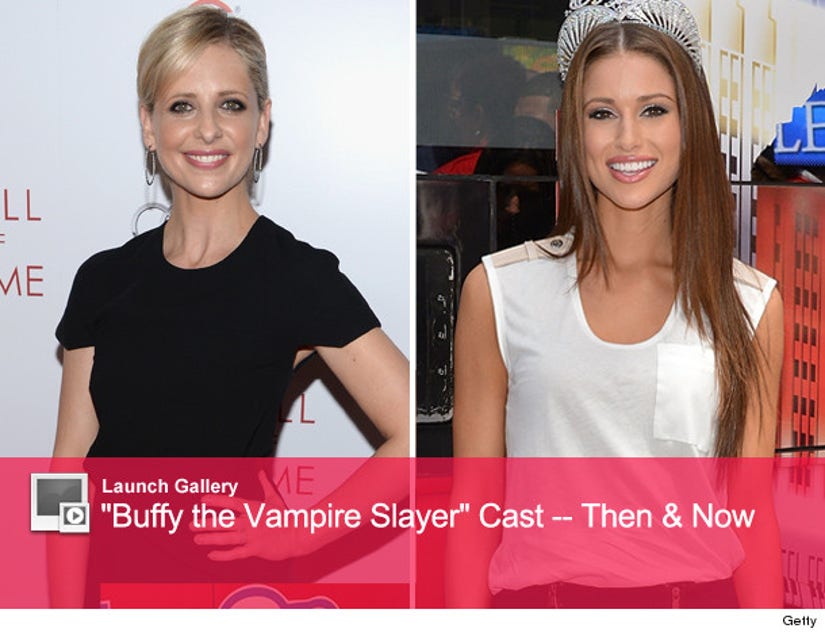 Buffy is at it again!

Former Miss Nevada got some bad press after she couldn't recall the capital of Nevada during a recent radio appearance on "The Todd Show."

She awkwardly fumbled for words, answering, "Oh, um, ah, oh my gosh." While she was struggling for the answer, the host chimed in to provide Sanchez with the correct response of Carson City.

"Thank you, I was going to say that! I was like, that one DJ host on MTV, back in the day, his name, that's how I always remembered it," Sanchez then said. "Carson Daly, that guy!" she added.

The "Buffy the Vampire Slayer" star took to Twitter Thursday to mock Miss USA for her lack of recall skills.

SMG clearly wasn't fazed by the backlash after her Kimye diss!

Back in March, she posted a message on Twitter shortly after the Anna Wintour-approved April issue was revealed.

"Well……I guess I'm canceling my Vogue subscription," Gellar tweeted. "Who is with me???"

While many fans agreed with her, the "Crazy One" star's comment also sparked a defensive response from Kardashian's bestie, Jonathan Cheban. "Do u matter?" he said, retweeting Gellar.

The claws were out!

What do you think of her Miss USA diss? Tell toofab in the comment section below, and click "Launch Gallery" above to see the rest of her "Buffy" costars, then and now.