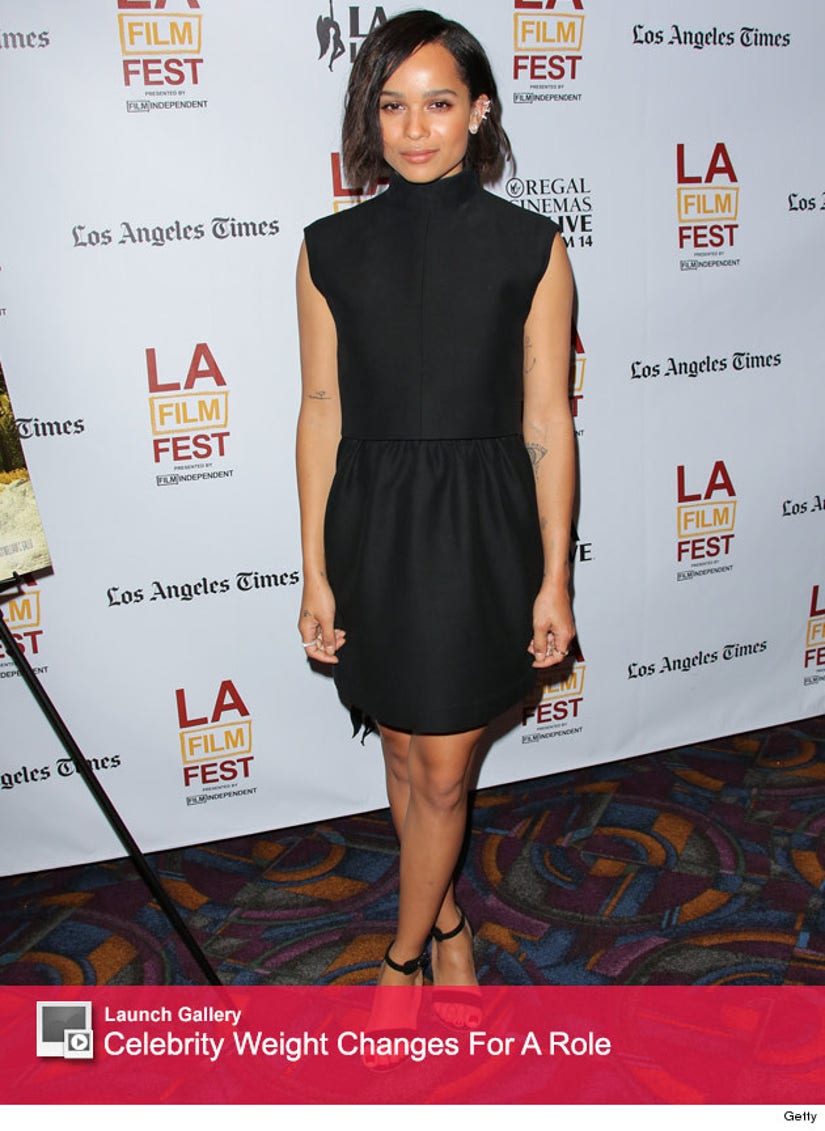 Talk about going all in for a role!

Zoe Kravitz recently revealed that she ate clay in order to lose 20 pounds for her role as an anorexic and bulimic character in "The Road Within."

"I did a cleanse," the actress told Us Weekly. "I tried to do it the healthiest way as possible, even though it's not healthy to do."

"I ended up drinking clay," the "Divergent" star admitted, "because it cleans out your body and fills you up. I was eating like a Mason jar of pureed vegetables a day and running."

The 25-year-old beauty said the dirt-eating process was "awful" and she would never recommend it to anyone.

Zoe also revealed that she has struggled with eating disorders in the past. "I think all young women do. There are a bunch of images that are thrown in our faces all the time about what we're supposed to look like at 14, 15, 16. It's confusing. I think every woman can identify with that struggle."

What do you think about her clay detox? Tell toofab in the comment section below, and click "Launch Gallery" above to see more celebrity weight changes for a role!