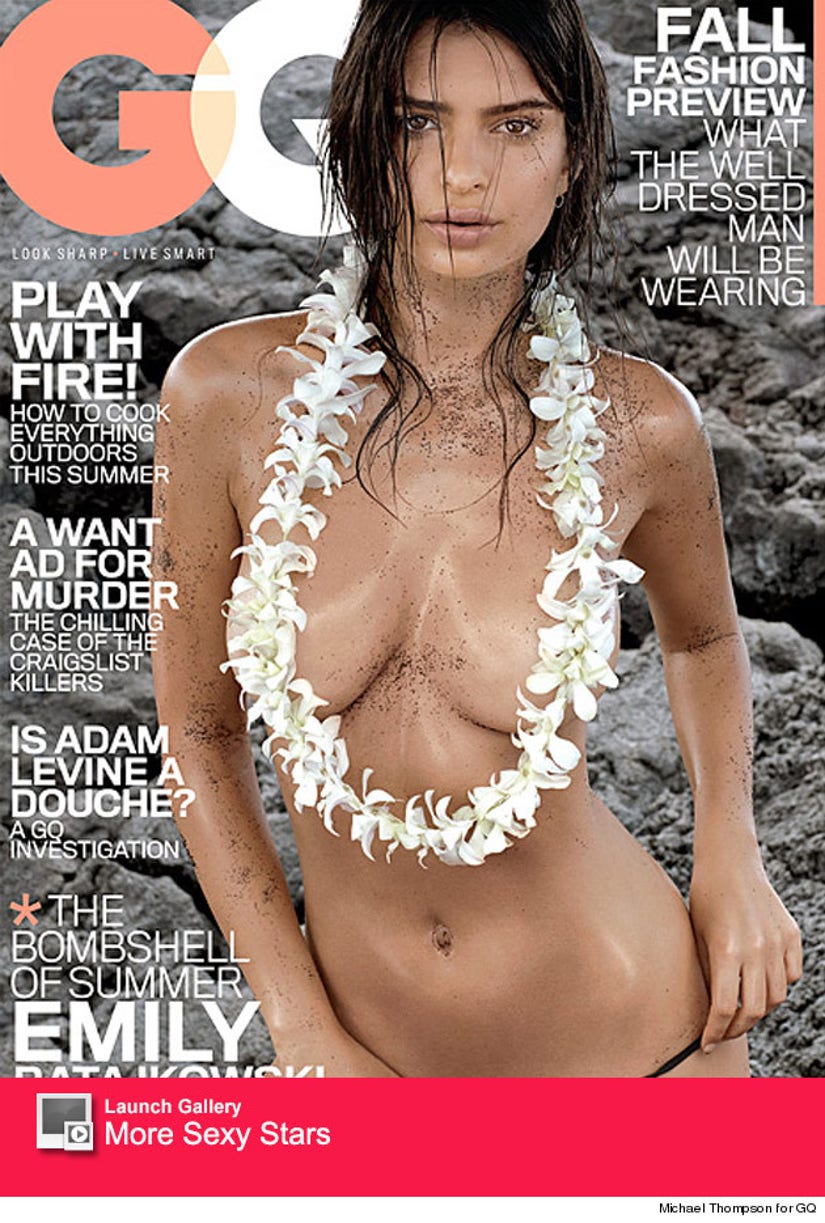 The "Blurred Lines" star covers the July issue of GQ magazine, where she opens up about her new-found fame and her career goals.

While the model rose to fame making a topless cameo in Robin Thicke's sexy summer video, she's more than just another pretty face.

"I didn't want to do it at first, but I talked to the director and I understood what it was," she says of the "Blurred Lines" video.

Emily's gotten a ton of attention since the video, too.

"I do like it. But if there's one thing I'd request, it's for people who see me out to not be, like, 'You're the hottest bitch in this place.' When it comes on in a bar, I run into the bathroom and hide," she reveals.

The model will also make a cameo in the new "Entourage" movie, where she'll be playing a more glamorized version of herself.

"That show's always been so funny to me. I'm playing myself, and they've got me in an Aston Martin. I drive a Nissan Versa and would never spend real money on a car, because I destroy things. So there's this weird version of yourself. Hollywood fetishizing you and itself—this box within a box. There is winter in L.A., there is rain in L.A. But there is no rain on 'Entourage,'" she explains. 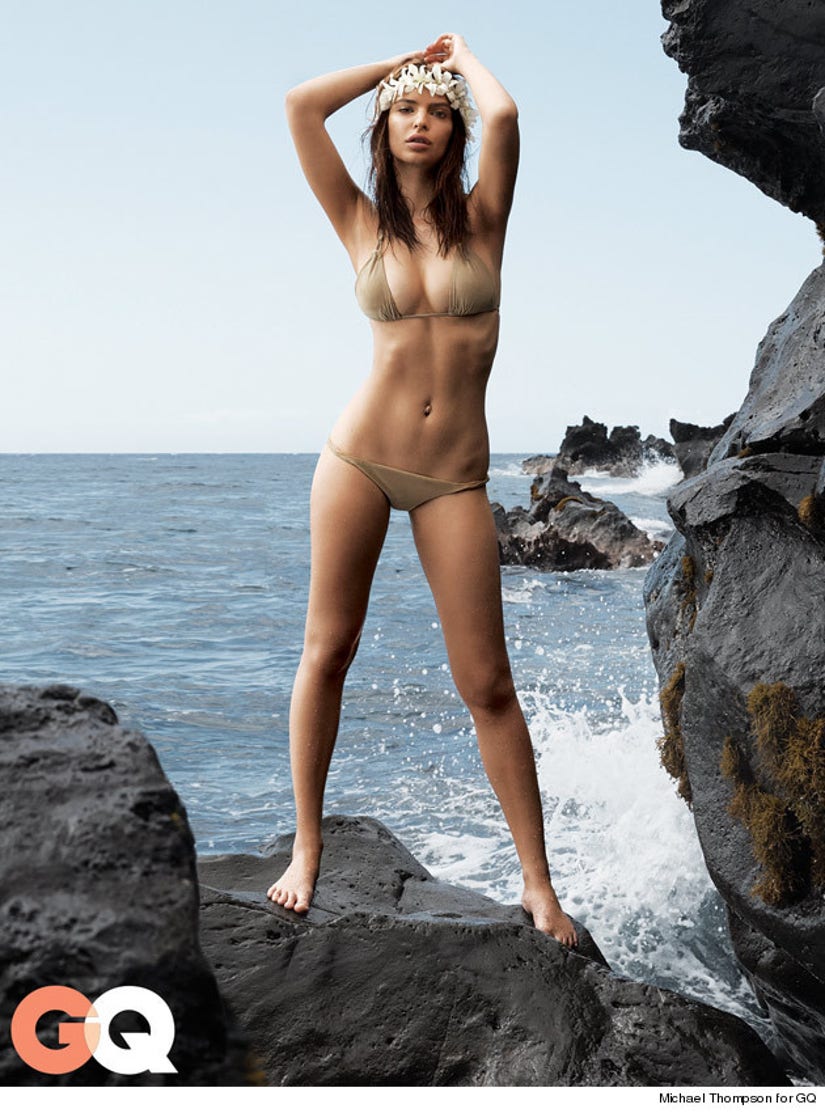 Alluding to her single status, Ratajowski also says she likes a man who's aggressive.

"Generally, I just think there is a real lacking in men knowing how to hit on women. I have this whole running joke with someone: What Would Denzel Do? Like, you don't think about how many days you should wait to call the girl—you just do it when you want. F--kin' Denzel. You do what you want, you know what you want," she tells the mag.

But Emily does get attention when she goes out!

"Bars are bad. Generally, people don't want to be embarrassing. But when there's alcohol involved and group mentality, it can be a little weird," she reveals. "Guys will say, 'You know who you look like…,' and then word spreads. Or guys do this thing where they go, 'I would love to take a picture of you for my friend.' And then they get out their phone and their hand's shaking, and I'm like, 'You're taking this for your friend? I thought you didn't care.'"

"[We needed someone] 'That is unconscionable and despicable.' And you also have the men going, 'Yes, but...' And so Ben said, 'Yeah, like the girl in the 'Blurred Lines' video,'" Fincher reveals.

Well, Emily's clearly on to bigger and better things these days! What do you think about the bombshell's candid comments?

Tell toofab below and click "Launch Gallery" above to see even more sexy stars!