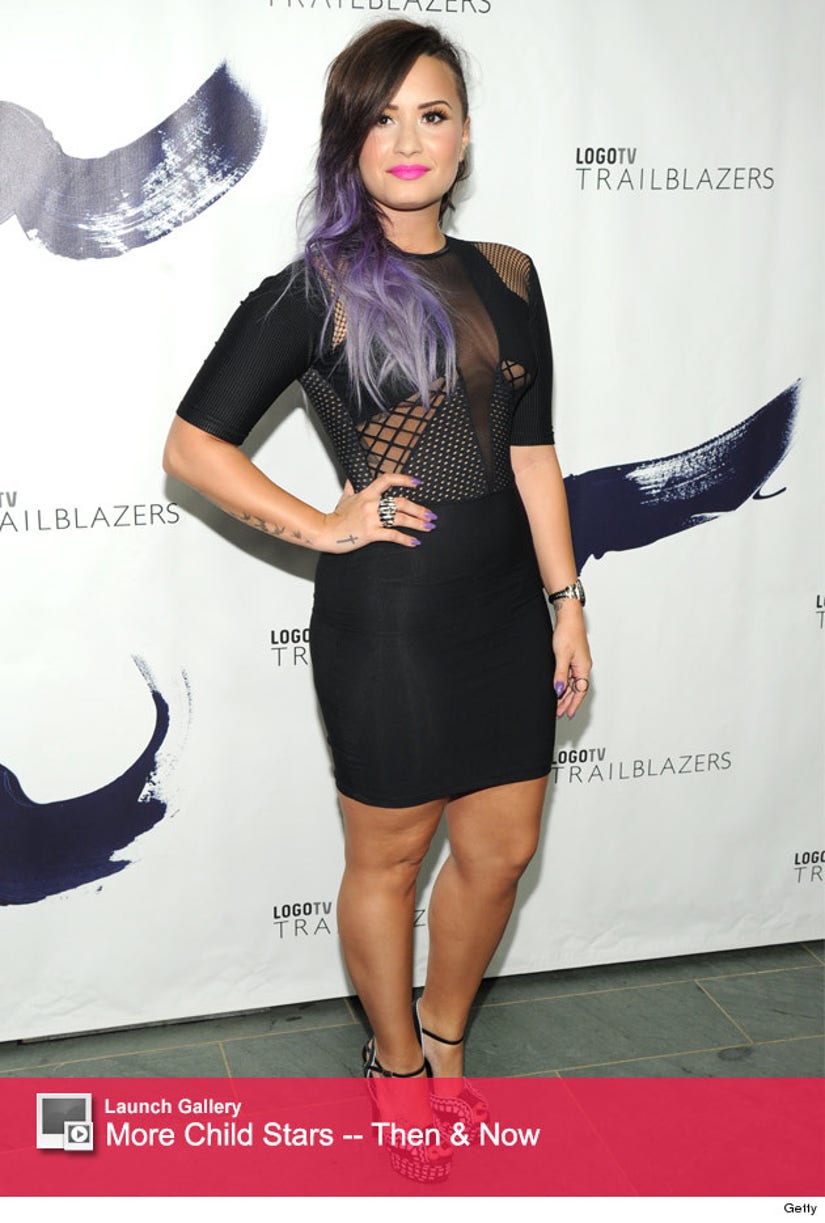 Demi Lovato is showing off her sexy side!

The singer attended Logo TV's "Trailblazers" event at the Cathedral of St. John the Divine in New York City on Monday, rocking one skin-tight LBD.

Lovato styled her purple tresses to the side in messy waves and finished her look with a bright pink lip and black studded sandals. The "Skyscraper" singer even showed some cleavage in the mesh paneling of her dress. 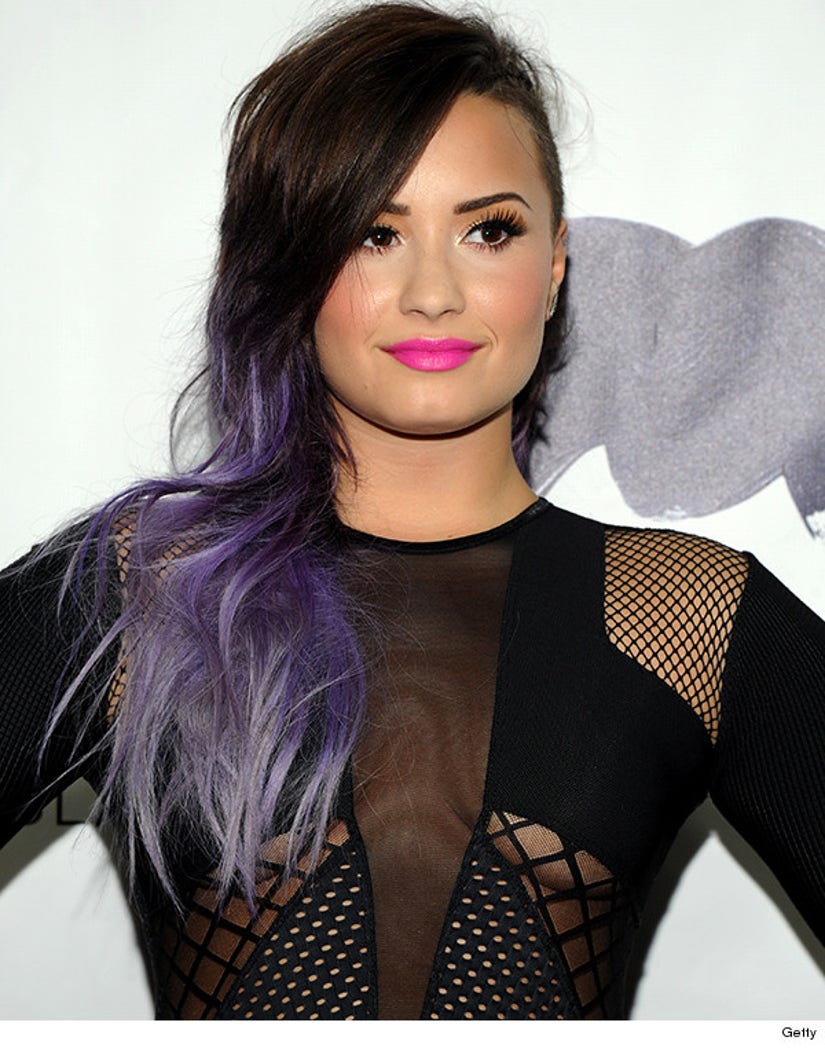 The 21-year-old is definitely a "Trailblazer," too -- she's always trying to set a good example for her young fans.

"Every day is a new opportunity to change your life and be who you want to be," Demi said in the August issue of Seventeen magazine.

The former Disney star also attributes her great success to her close circle of friends who "inspire" her.

"I like to have friends in my life who believe they're going places and are working toward their dreams. When you're growing and the people around you aren't, that's when you have to start shedding them. I've done that a lot over the past few years, but it has been so worth it, because the people in my life today inspire me to keep being creative, to have fun, and to be a good person," she explained.

The "Heart Attack" singer also revealed that giving back to her community makes her feel better about herself.

"When I give back, I don't question my self-worth. I know that if my career were to fall apart tomorrow – even if I were to never have money or fame again – I'd still have value in my soul, because I know that I can have an effect on someone else's life," she said.

Well, Demi sure has come a long ways since she first hit the scene and it sounds like she's growing into a really strong and capable woman.

How do you think the singer looks? Tell toofab in the comment section below and click "Launch Gallery" above to see more child stars then and now!