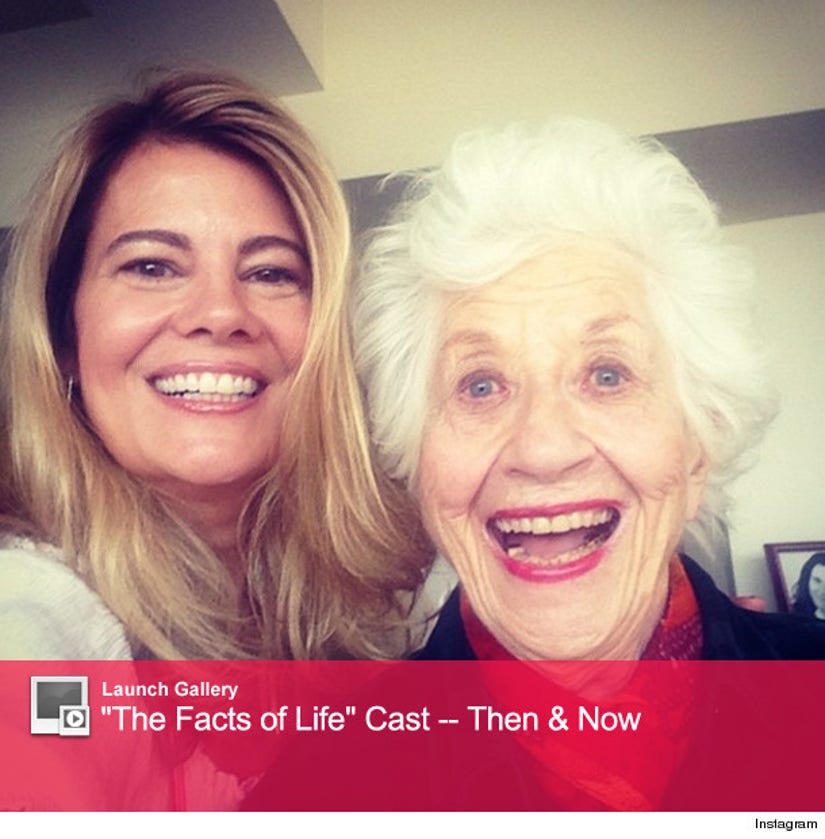 Blair and Mrs. Garrett are at it again!

Lisa Whelchel, who played Blair Warner on "The Facts of Life," shared a selfie on Instagram with her former costar Charlotte Rae ﻿(Mrs. Edna Garrett).

"Selfie with Charlotte Rae today at lunch. She gave me some good advice. (Just like old times.:)," Whelchel captioned the cute candid.

In the silly selfie, the 51-year-old actress holds up the camera as the 88-year-old TV veteran sports a huge grin.

Since leaving the long-running series in 1986, Rae has continued to act. She has appeared as a guest star on "Pretty Little Liars" and also will star in Disney Channel's "Girl Meets World."

Whelchel, who competed on CBS' "Survivor," recently reunited with another former costar!

She is set to appear alongside Kim Fields -- Tootie to devoted "Facts" fans -- in an upcoming Hallmark Channel movie, "For Better or For Worse," which premieres this fall.

Click "Launch Gallery" above to see the rest of "The Facts of Life" cast, then and now!