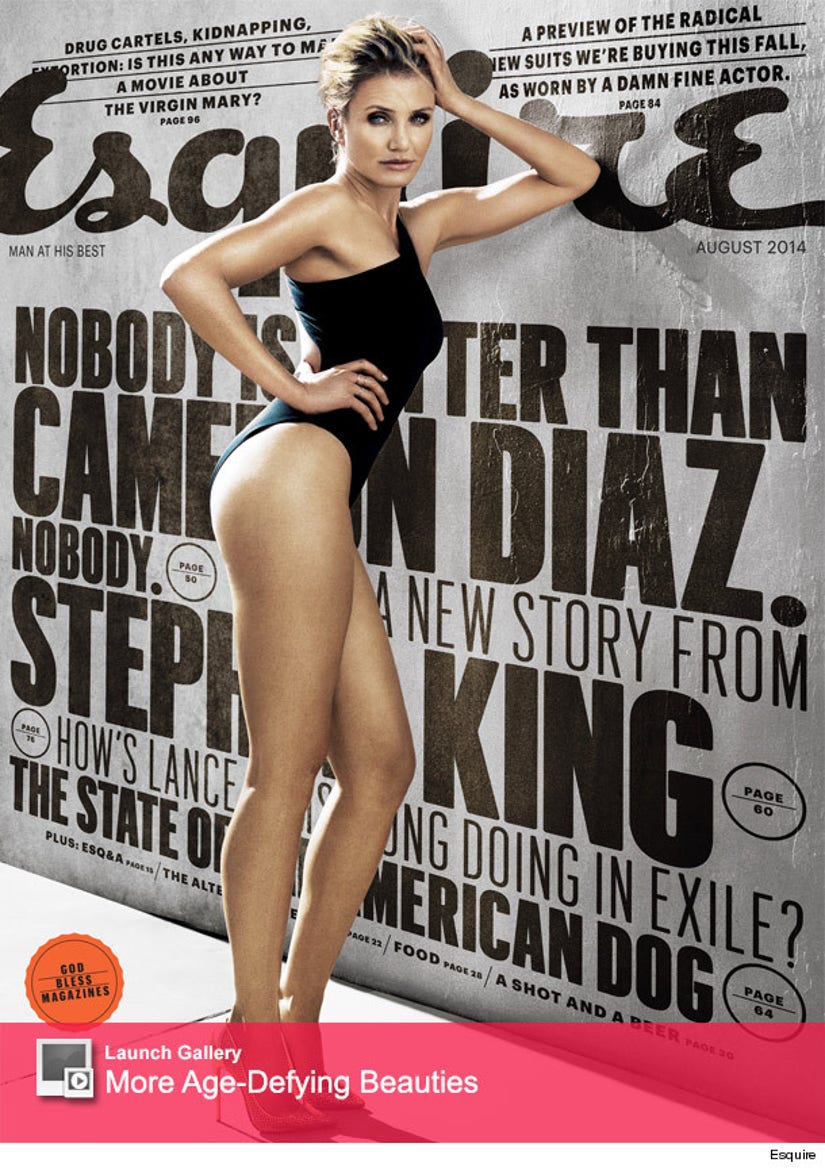 Cameron Diaz is baring it all!

The 41-year-old actress graces the cover of the August issue of Esquire, where she opens up about getting naked for the first time on camera, her decision to not have children and more.

While Cameron is clearly confident with her body, she's never been completely nude on screen. But in her upcoming movie, "Sex Tape," the blonde beauty steps out of her comfort zone.

"It's a first for me," she tells the mag. "But Jason [Segel, her costar] gets naked, too. It's just a part of the role. So I did it. I mean you see everything."

In the funny flick, Diaz and Segal play a bored married couple who decide to spice up things by filming a sex tape. After it's accidentally leaked, they try to get it back. 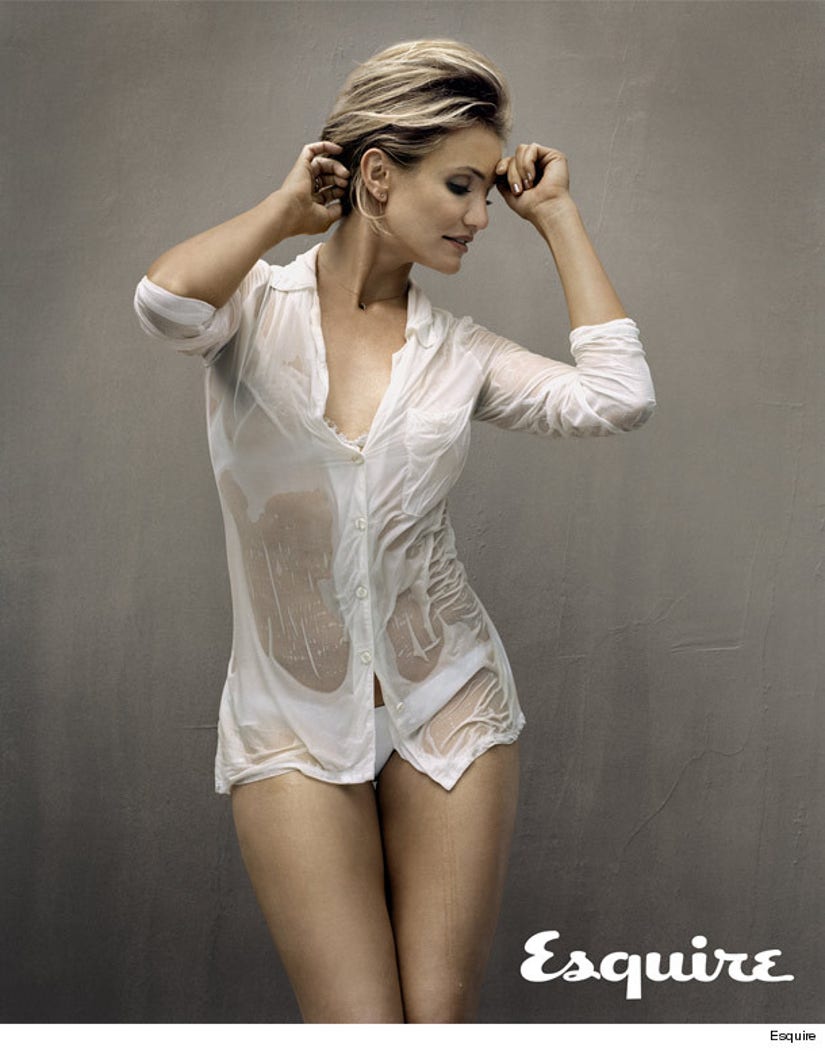 She also has a labor scene in the film. The stunning star has been open about not wanting children in real life, saying she never really wanted to be a mother.

"It's so much more work to have children. To have lives besides your own that you are responsible for—I didn't take that on," she reveals. "That did make things easier for me. A baby— that's all day, every day for eighteen years."

"Not having a baby might really make things easier, but that doesn't make it an easy decision. I like protecting people, but I was never drawn to being a mother," she adds. "I have it much easier than any of them. That's just what it is. Doesn't mean life isn't sometimes hard. I'm just what I am. I work on what I am. Right now, I think, things are good for me. I've done a lot. And I don't care anymore."

Diaz also talks about aging in Hollywood -- something that she seems to be doing with ease!

"I like being forty-one. I love it. So much sh** just falls away. Fear, mostly. It's the best age," she says. "That's when a woman knows how to work things, or she doesn't care about that anymore. You just stop being afraid. You don't worry about what men think. You just don't worry that time registers anything awful."

To read her full interview, pick up the August issue of Esquire on July 18, the same date that "Sex Tape" hits theaters.