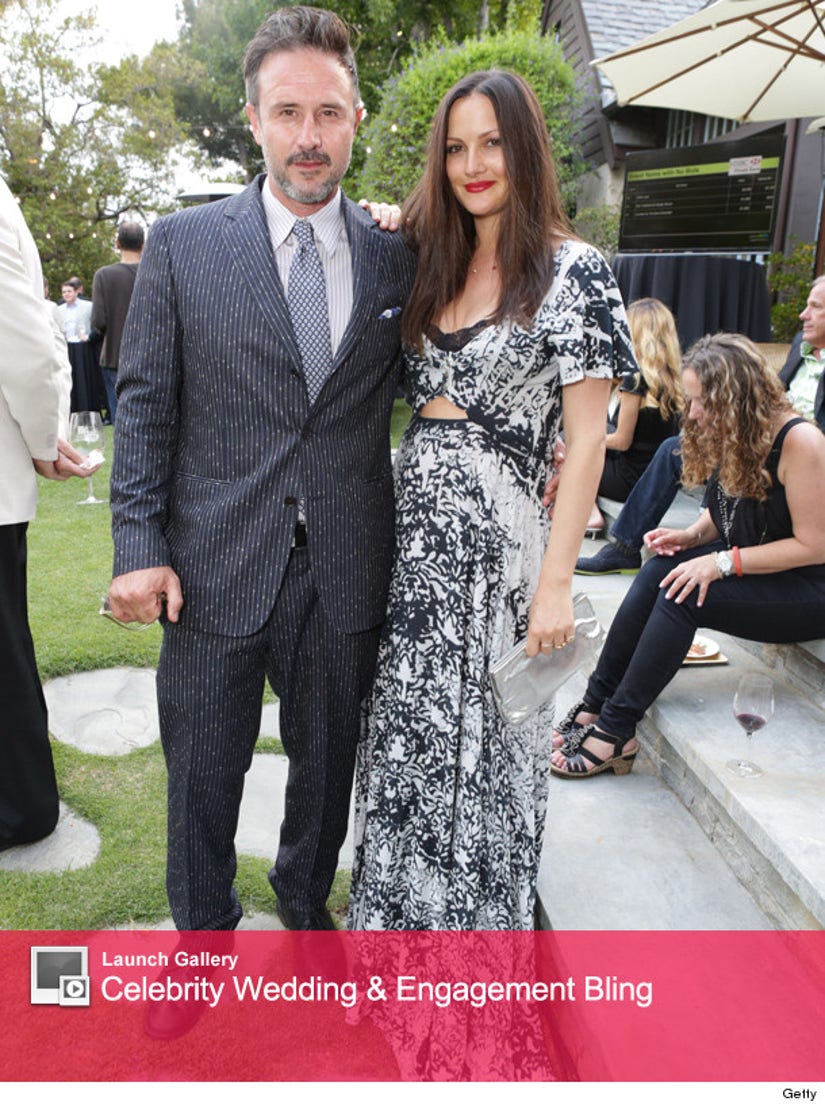 David Arquette is off the market!

The 42-year-old actor proposed to his girlfriend Christina McLarty on Thursday night during a family dinner in Malibu with their 2-month-old son, Charlie West, and Arquette's daughter, Coco.

The "Scream" star had "planned it for a while" and has "known he wanted to marry Christina for a long time," according to Us Weekly.

"David was just waiting for the right time," another source told the mag. "He and Courteney both talked about taking the next step in their relationships … They both want what's best for each other."

Arquette and Cox split in 2010, after nearly 11 years of marriage. Prior to meeting her future hubby, McLarty was in a domestic partnership with Girls Gone Wild founder Joe Francis.