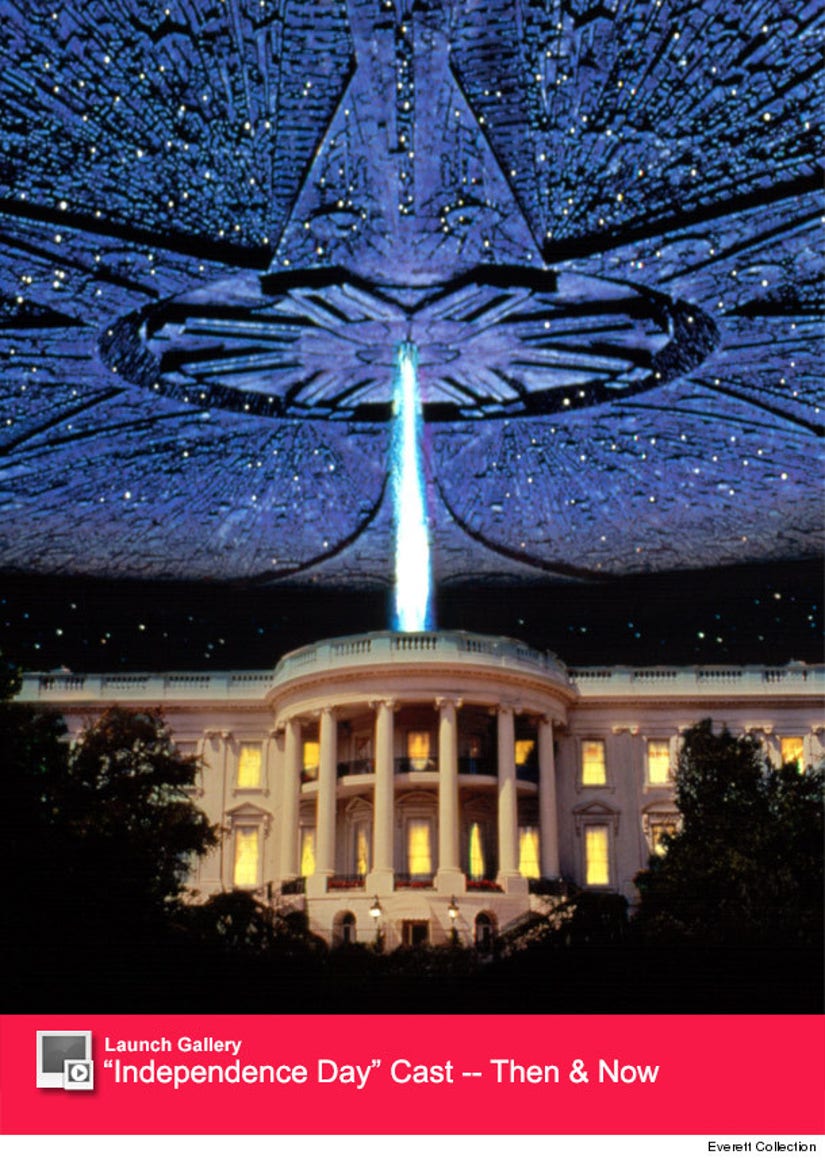 In 1996, Will Smith took on some realllly destructive aliens in "Independence Day" -- and what better day to check in with the cast than today!

Co-starring Jeff Goldblum, Bill Pullman, Vivica A. Fox, Harry Connick Jr., Randy Quaid and Harvey Fierstein, "Independence Day" boasts an eccentric cast -- and they've all been up to some really different things since the movie opened 18 years ago.

Will continued to battle aliens in the "Men In Black" films, Randy had a string of arrests through 2009-2010 (see one his mug shots in the gallery!) and the First Daughter grew up to star on "Parenthood" and "Arrested Development."

Check out the gallery above to see what they all look like now!