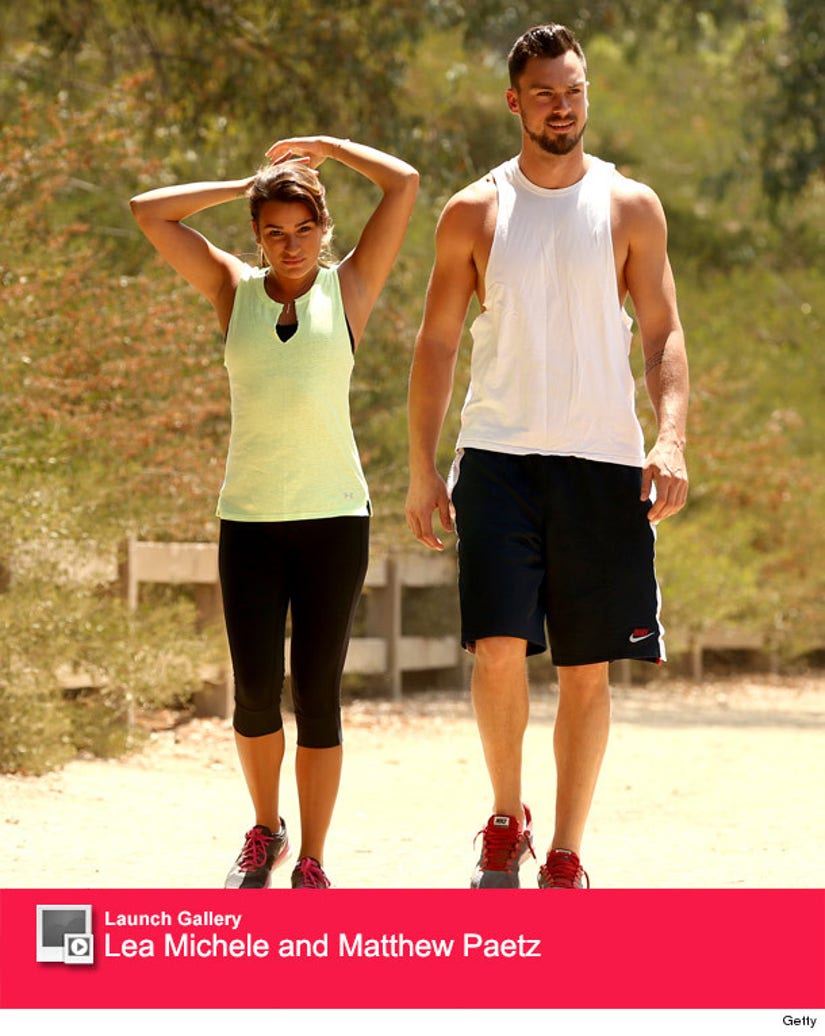 The "Glee" star was photographed out and about with her new boyfriend for the first time since news of their romance broke a few weeks ago.

The sporty pair was spotted on a hike together in Burbank. She wore a neon tank top and black capri leggings, while he rocked black shorts and a white tank.

After their workout, Michele was snapped in a printed, knee-length dress, while Paetz paired khaki pants with a jean jacket.

Paetz is the first person Michele has romanced since losing Cory Monteith nearly a year ago.

"She waited a long time before getting serious again and she likes him a lot," a source recently told E! News. Another insider revealed that Lea's handsome beau "treats her really well, he's smart and fun. She's really happy."

Her romance is just starting out, but for the moment, it appears to be a comfortable fit. "They are both supportive of each other and what each other has been through in the past," a source told Us Weekly. "They make a good team. Lea's friends say he's a great guy and dotes on her. Lea's found some happiness again."

The couple met on the set of the music video for her song "On My Way."

And while it's been reported that the male model worked for an escort service in the past, neither he nor Michele have commented on the rumors.

Do you think Matthew is a good fit for Lea? Tell toofab in the comment section below, and click "Launch Gallery" above to see more of pics from their first outing!