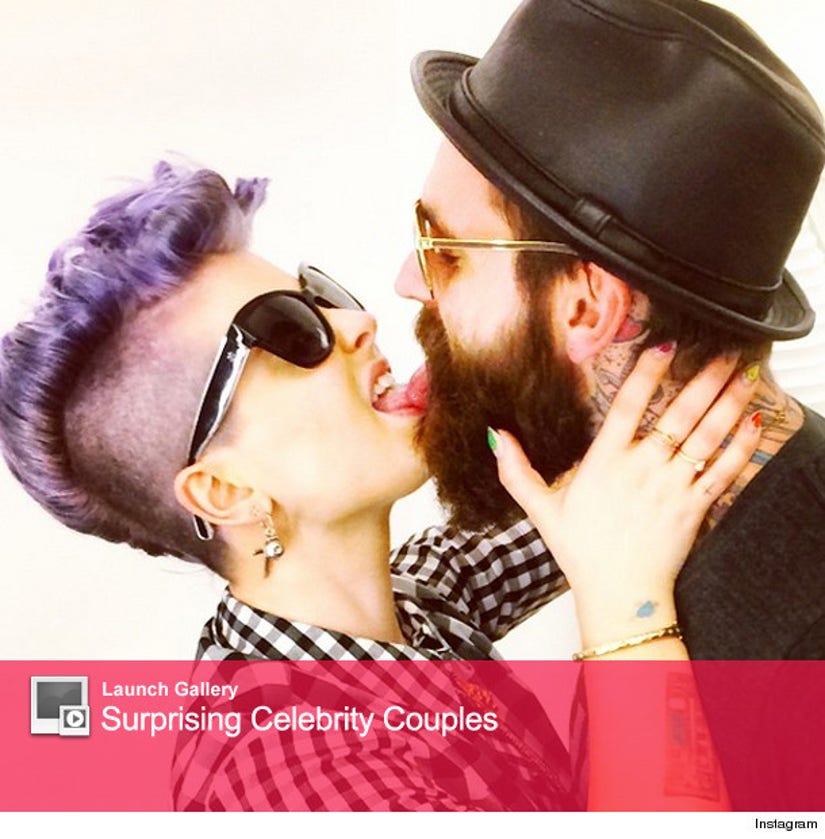 Did she just make it official?

Kelly Osbourne seemed to confirm her relationship with rumored boyfriend Ricki Hall by posting a pic of the pair touching tongues on Instagram.

The "Fashion Police" cohost spent the July 4 holiday weekend partying in London with her model beau. She shared another photo at dad Ozzy Osbourne's Black Sabbath gig in Hyde Park. 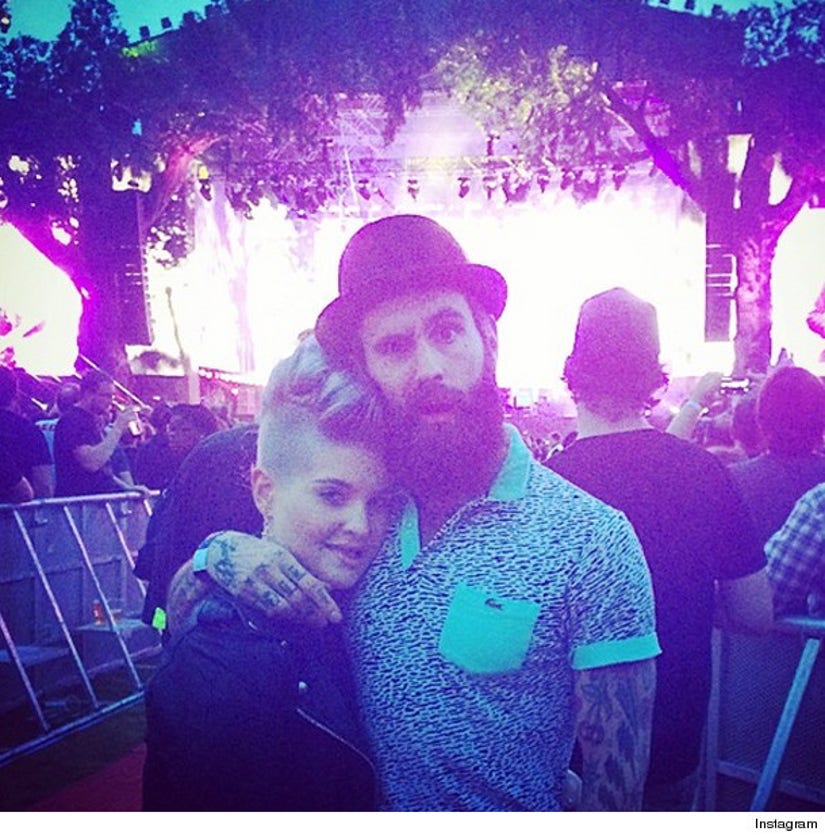 "He's got a huge beard which Kelly finds really sexy," one source told Us Weekly about the pair's relationship in June. "She's definitely interested in seeing where it goes with him."

"It was a mutual decision. We love each other very much," she told E! News in January. "It just wasn't the right time for us, and I think if we weren't as mature and adult than we are, then we could have gone down a road that wasn't really nice."

"We're still really, really good friends; it's just we're not living in the same house," Osbourne continued. "There's no dramatic story. I wish there was so I had something to tell people but no... it just happens in life."

We're happy to see that Kelly has found love again!