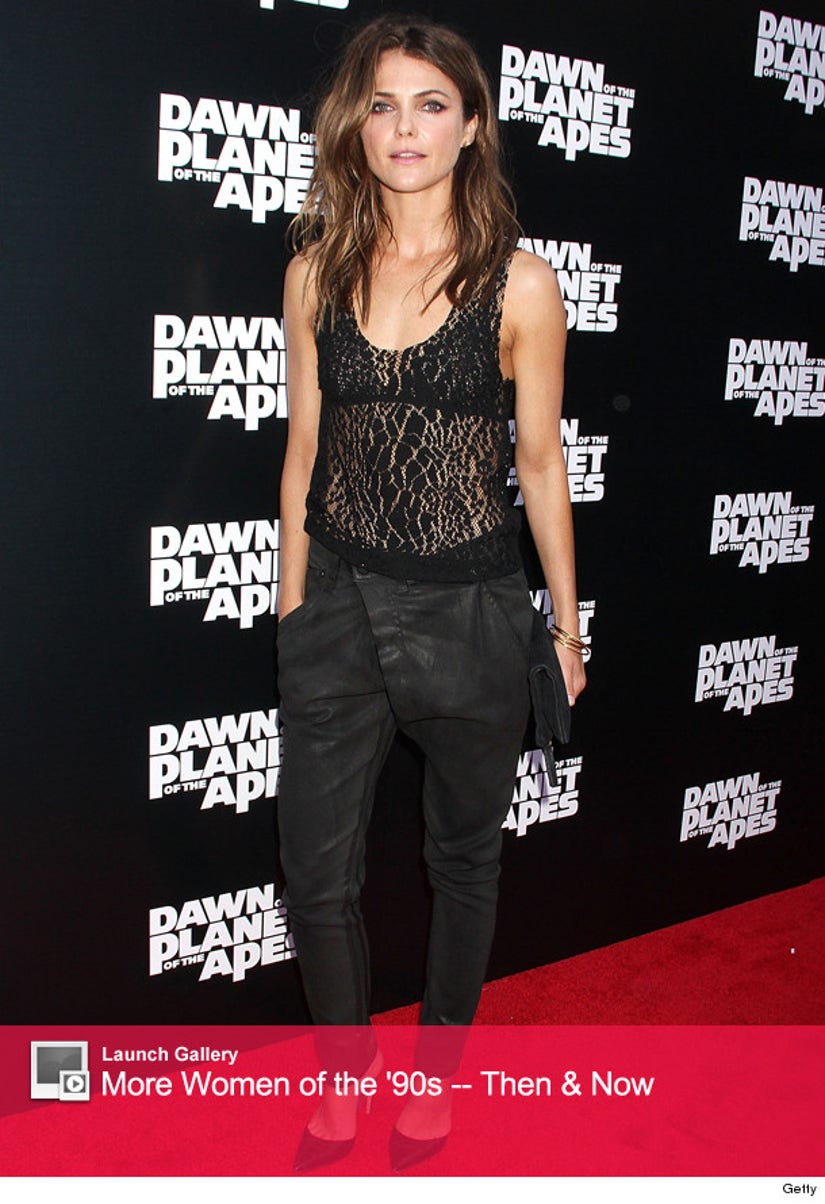 Keri Russell stole the spotlight on the red carpet at a special screening of "Dawn of the Planet of the Apes" in New York City on Tuesday.

In the action flick, Russell plays a nurse tasked with keeping alive the few surviving people on earth as a war rages between them and a nation of genetically-evolved apes.

"These kind of big movies are not where I live, or think where I am best. But this film is massive and beautiful," she recently told InStyle. "It's amazing being a part of something that my son would eventually want to watch."

Something else "The Americans" star enjoys? "I love summer," she told Us Weekly at the screening. "I'm not working this [season] other than doing this press, and it's just really fun. I'm just spending time with my kids."

The mother-of-two -- son River, 7, and daughter Willa, 2 -- said quality time with the little ones includes swimming. "It's just really good," she told the mag.

We love Keri's red carpet look -- what do you think of her sexy style? Tell toofab in the comment section below, and click "Launch Gallery" above to see more of your favorite women of the 90's!

Check out the "Dawn of the Planet of the Apes" trailer below.