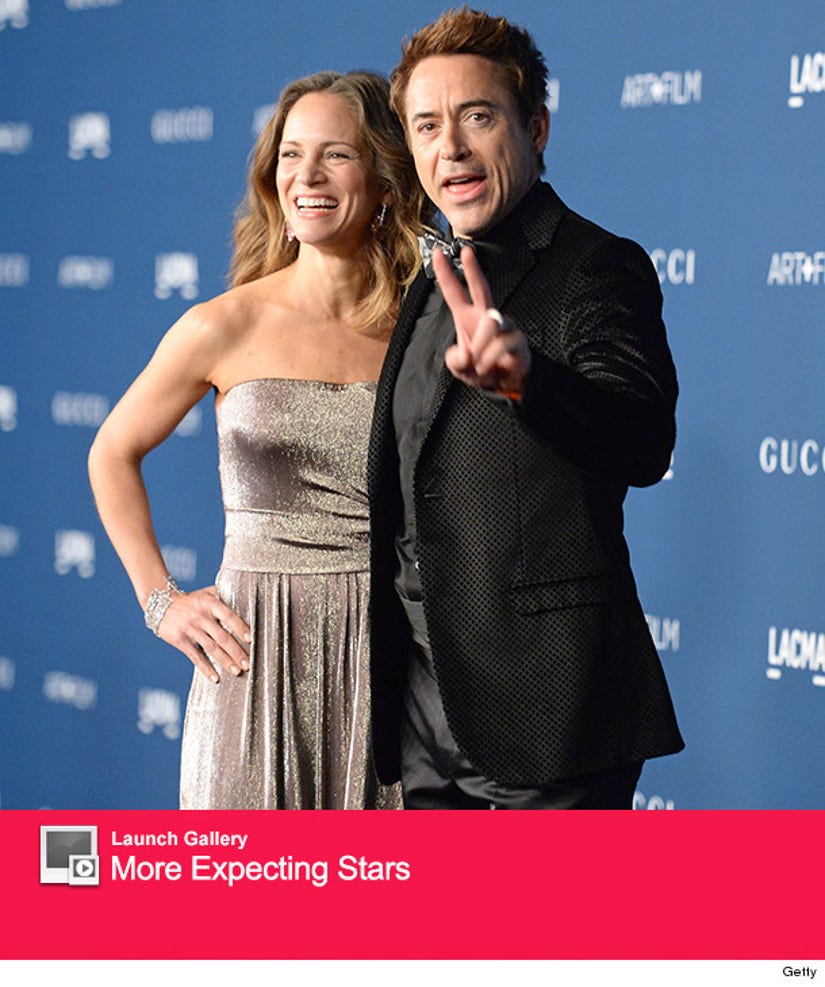 Robert Downey, Jr. is adding to his brood!

On Facebook, he added "Um. I don't know if it's a 'man's world', but I'm certain women run it. Susan and I are therefore delighted to announce we are expecting a baby."

The baby is due in November, right around the time his "Iron Man" costar Scarlett Johansson is expected to give birth. Fellow "Avenger" Chris Hemsworth also recently welcomed twins.

Congrats to the growing Marvel family!

The couple, who has been married for nearly nine years, welcomed son Exton on Feb. 7, 2012. Downey also has a 20-year-old son, Indio, from his first marriage.