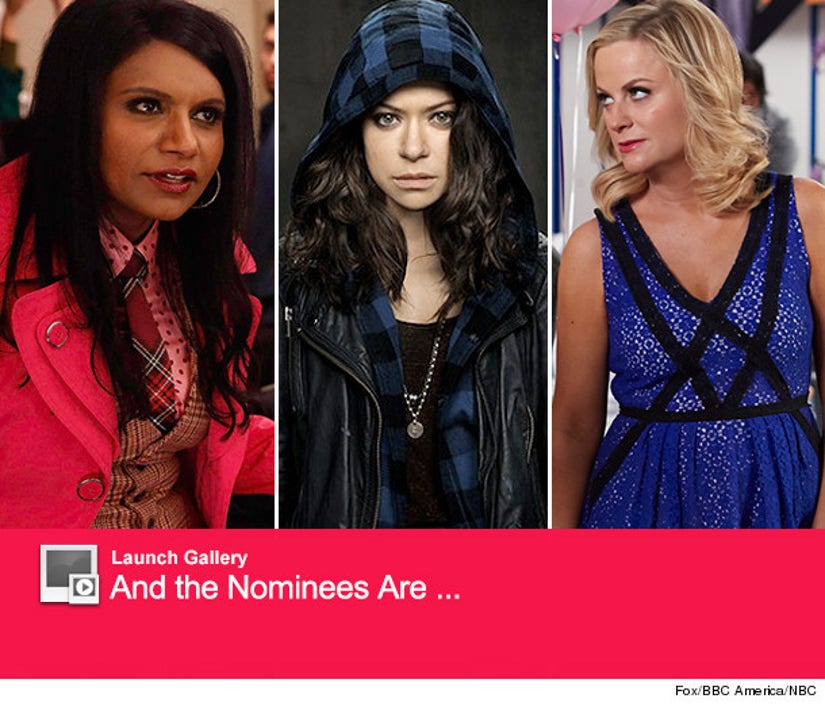 The nominations for the 66th Annual Primetime Emmy Awards were announced this morning, and there were some major surprises (see the full list of nominees here).

See the unexpected nominations we were pleased with, and the snubs that left us seething, below!

In the lead acting categories, we're pleased to see Taylor Schilling get a nomination for her breakout performance in "Orange is the New Black." The Netflix smash hit also got some Emmy love in the category for Outstanding Guest Actress in a Comedy -- Natasha Lyonne, Uzo Aduba and Laverne Cox are all up for that award.

Kerry Washington has been red hot, and it's no "Scandal" she got nominated.

We were pleased to see "The Good Wife's" Josh Charles getting recognized for his final season. Also, costar Julianna Margulies scored a nod after being overlooked for the past two years.

We're very surprised to see Andre Braugher get nominated for "Brooklyn Nine-Nine" -- it was the show's only major nod.

And finally, Tim Gunn finally made it work! He's nominated alongside Heidi Klum for "Project Runway."

For the second season in a row, Emmy voters overlooked Tatiana Maslany of "Orphan Black" -- this is definitely the biggest snub of the year. The actress does an excellent job of playing not one, but at least six different clones every episode -- and gives each one her own unique identity.

At least the show has a sense of humor about its snub -- check out this tweet from the official Twitter handle:

We were also shocked that "The Mindy Project" was shut out this year, leaving nomination announcer Mindy Kaling without a well-deserved nod. Another fan favorite without recognition? "Sons of Anarchy." Neither Charlie Hunnam nor Maggie Siff got a nomination.

While Julianna Marguiles is up for Outstanding Lead Actress in a Drama, "The Good Wife" didn't get any Emmy love as an Outstanding Drama Series.

In the comedy category, "Parks and Recreation" definitely deserved a nod -- and, as Vulture points out, this is the first year "The Simpsons" was denied an Outstanding Animated Program nod. D'oh!

Critics have said "The Amazing Race" has become too predictable, and while the show got a nomination, host Phil Keoghan did not. "American Idol" host Ryan Seacrest was also left off the this year's list.

Finally, it's pretty shameful that Emmy Rossum didn't get a nod as Fiona Gallagher in "Shameless."

Who do you think deserved to be nominated? Sound off!