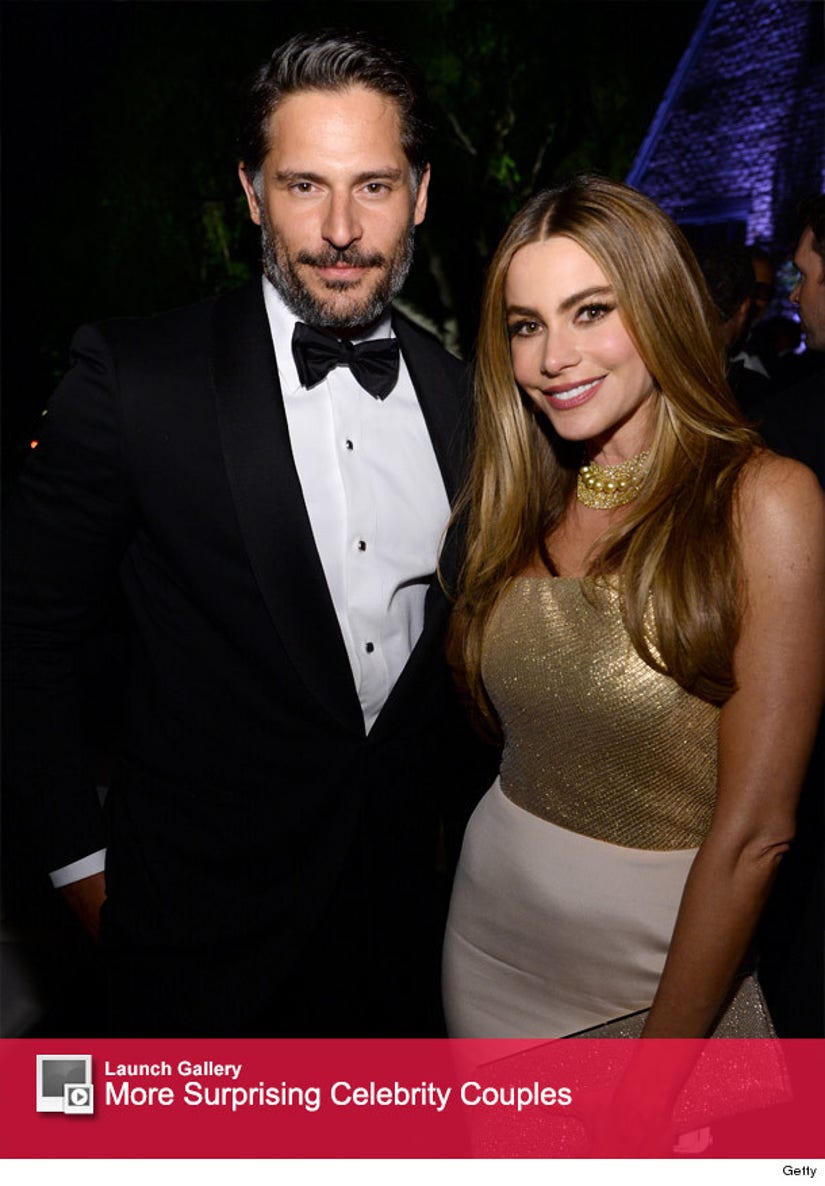 "All these rumors are crazy... Here's the truth: I'M actually dating @SofiaVergara...it happened after @JoeManganiello & I broke up," Ferguson wrote on Twitter.

It turns out the "True Blood" hunk and his new lady approve of the jokes, because Manganiello quickly retweeted Jesse's funny post. Vergara also shared it and added, "what????!!!!"

According to Us Weekly, the couple's relationship "is very, very new."

The pair reportedly met at the White House Correspondents Dinner back in May, but Vergara was still in a relationship with her then-fiance Nick Loeb.

Sofia and Nick ended up calling it quits soon after, and lucky for the brunette beauty, the "Magic Mike" star has had a crush on Vergara for years now.

"Sofia is Joe's dream girl!," an insider told the mag. "He's been smitten with her for years. He's always had a huge crush on her. Things are going well for them so far." A different source added, "Sofia had no idea that he had been crushing on her for a while."

Meanwhile, Manganiello stopped by "The Tonight Show" Wednesday, but he didn't talk about the dating rumors. Instead, he opened up about his "True Blood" exit and dropped a few show spoilers.

Check out the clip below!

What do you think about the romance rumors? Tell toofab in the comment section, and click "Launch Gallery" above to see more surprising celebrity couples.