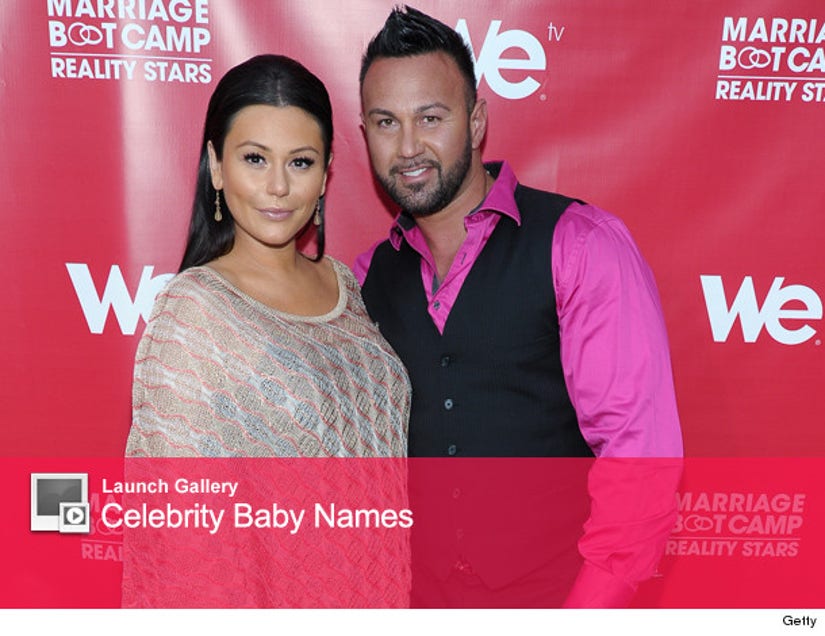 The proud papa took to Twitter to share some sweet messages about his baby girl saying, "She is here! Meilani Alexandra Mathews 7lbs 13 ounces. Words can't describe what your child's eyes can do to you. I'm Humbled."

"She makes cooing noises while she sleeps," he added. "Amazing how a simple little noise can make you want to make the world a better place for her 2 live."

MTV later expressed their excitement in a statement, saying, "We're fist pumping in celebration of Jenni "JWoww" Farley and Roger Mathews' new baby girl Meilani Alexandra Mathews. We're so excited for the new parents and to welcome the newest member to the MTV family."

The new parents, who got engaged in September, have reportedly not set a date for their wedding yet -- but hopefully baby Meilani will make her debut as their flower girl!