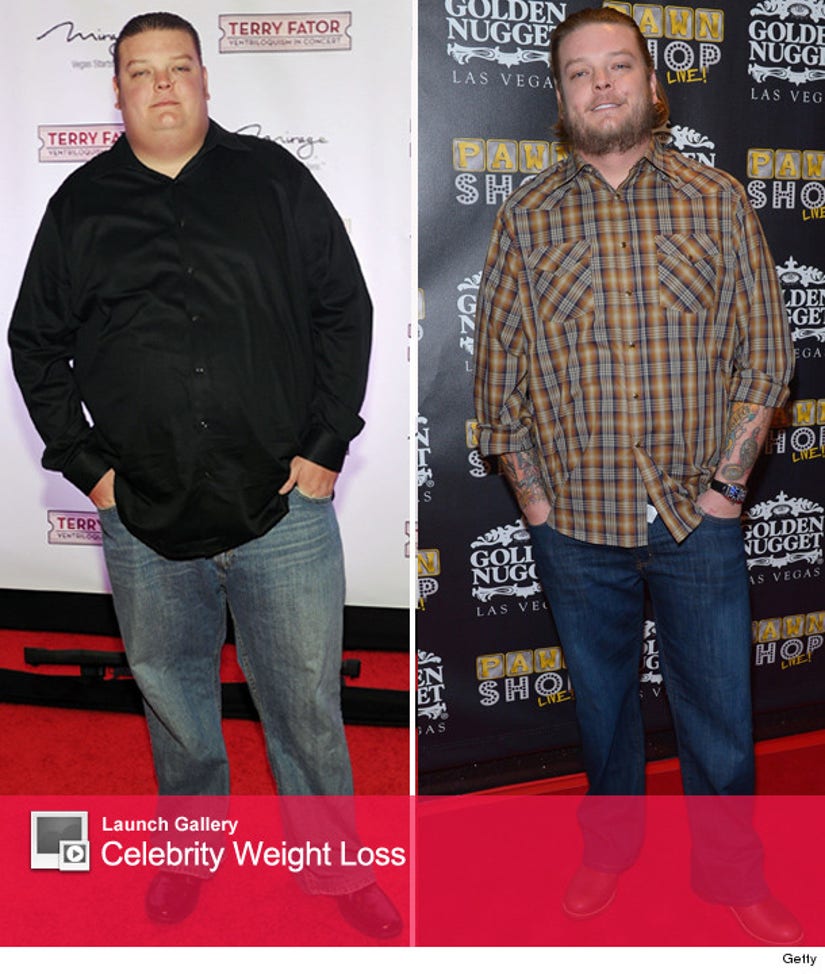 After a doctor put the reality star on preventative diabetes medication, he decided it was time for a change.

"I literally drove straight from the doctor to the lap-band center and had the surgery almost immediately," Harrison told People magazine. "Back then, the surgery was too expensive for my bank account, so I had to pay with four credit cards, but it was something I had to do – I was not going to get diabetes!"

The third generation pawn-shop owner now weighs 210 pounds, he and told the magazine he "could never go back" to weighing as much as he did. "It made me realize what I ate, how I ate and what I did to myself. It was a wow moment," he explained.

So, how has he kept the weight off?

"I'm actually excited to go to the gym now. I box 12 rounds a day five days a week," he said. "When I was a teenager I loved snowboarding, but in my 20s I was too big to strap my feet in the boards. Being able to finally touch my toes made me realize I could snowboard again, so I went out and got new gear immediately."

As he slowly continued shrinking over the past three years, Harrison has also inspired his fellow "Pawn Stars" cast member and longtime friend Austin "Chumlee" Russell to drop some major weight as well. 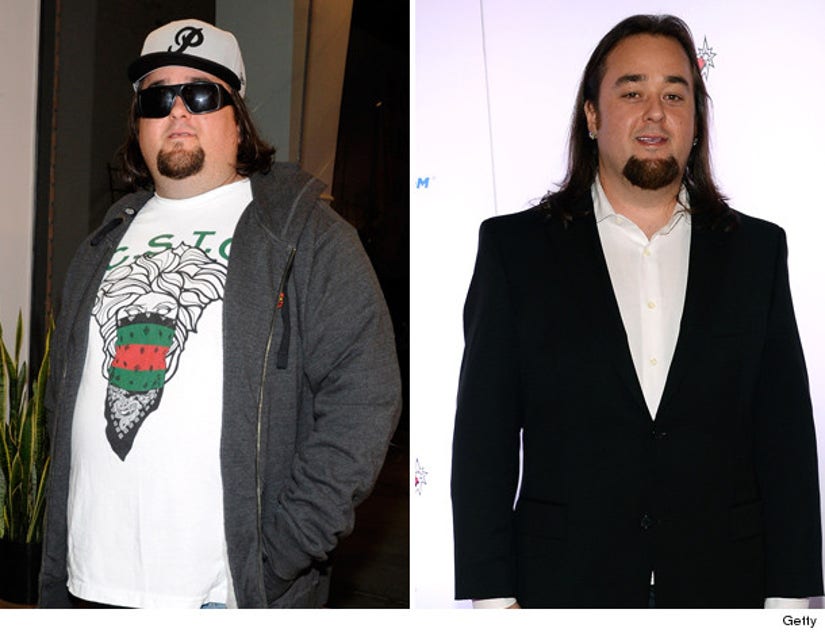 "It was time for me to get healthy," Russell admitted. "I started at 320 lbs. and now I'm down to 225. When I first began, I eliminated all processed foods except mustard. Now, 'everything in moderation' is my motto."

These guys are doing something right!