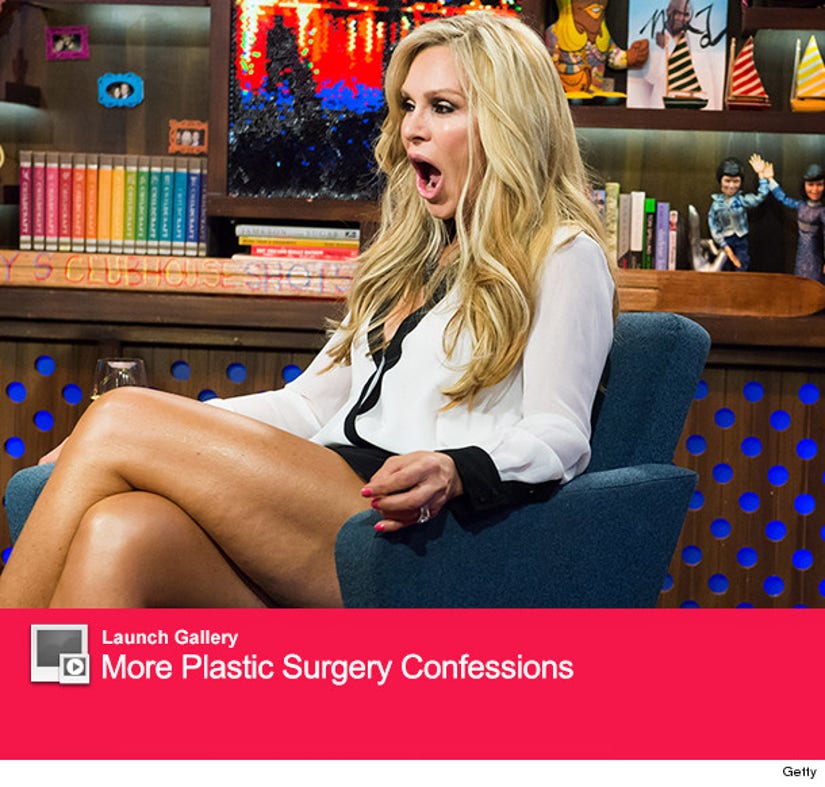 Twitter went wild last night when Tamra Barney showed up on "Watch What Happens Live" looking like this.

"What is wrong with @TamraBarney's face?! She can't even move her top lip! #BotoxMuch," wrote one fan ... "Can't tell if @TamraBarney is mad or if she just can't move her face," posted another.

Eventually Andy Cohen caught wind of the tweets and asked the question everyone was asking: "Have you done something to your face?"

When the 46-year-old denied it, Andy did what he does best -- and put the heat on her.

"I feel like I'm looking at something, some fillers?" he pressed on. Eventually she admitted to "maybe just a little bit" of work on her face, but didn't get into specifics.

Of course, this wouldn't be the first time Tamra has visited a doctor's office for a cosmetic procedure.

In the past, she's admitted to getting breast implants which she later removed. She's also copped to using Botox.

What do you think is going on here? Take a look at the video below ... she definitely looks different.