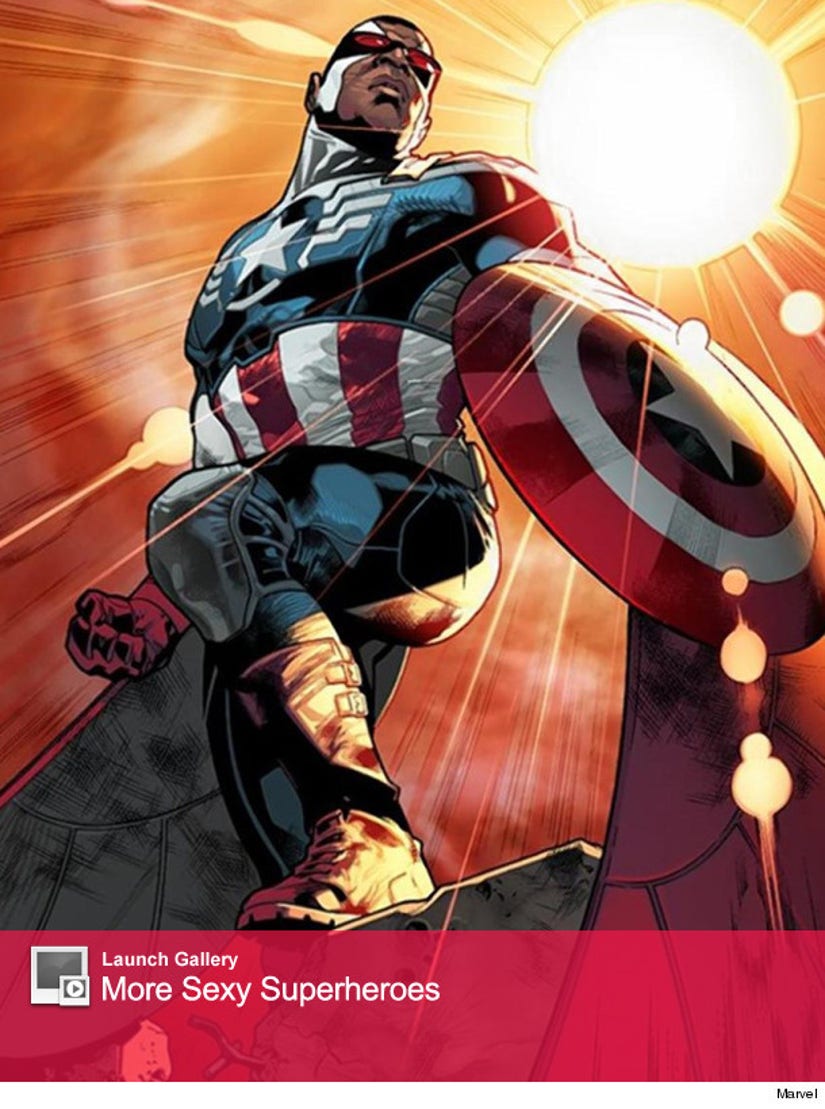 Marvel Comics announced Tuesday that a female Thor will appear in "Thor: God of Thunder" beginning in October, and on Wednesday, the publisher revealed on "The Colbert Report" that Sam Wilson -- a.k.a. The Falcon -- will be the new Captain.

Wilson was one of the first black superheros in mainstream comics, originally appearing in the late 1960's.

Wilson takes on Cap's stars, stripes and shield in the pages of "All-New Captain America #1" and will become the seventh Captain to wear the coveted uniform.

"Historically, Falcon would often act as air support, flying Steve into the battle. Why not merge the two?" Marvel's Rick Remender tells Marvel.com. "He pops the wings, and as he flies, he keeps the shield latched onto his back. He dives down onto the scene, hurls the shield, wings retract, and rolls into a kick or jump, catches the shield on the way back. He doesn't have the super soldier serum, but he has the added zing-zang-zoom of flight."

We can't wait to see him in action!

What do you think of Falcon as the new Captain America? Sound off below, and click "Launch Gallery" above to see more sexy superheroes.