Vanessa Williams is breaking her silence about abuse.

When she was 10 years old, the actress was sexually molested by an older girl she met on vacation with a friend's family. At the time, she had no idea what was going on and didn't tell anyone what happened.

"This older girl was one of the cool girls who would say, you know, 'Let's do this. Let's do that. Do you wanna try a cigarette?' One of those things where she made you want to feel like you were a grownup, and that was what made her cool," Williams said in an episode of "Oprah's Master Class."

She continued, "She came into the room where my friend and I were sleeping and she told me to lie down on the floor. She took my bottoms off and she said, 'Be quiet,' and she went down on me. And at 10 years old, I had no idea what it was, but I knew it felt good and I knew I shouldn't be saying anything, and I didn't tell anyone. It felt good but also something that was not supposed to be happening."

The incident, the actress said, changed her for the worse. "It awakens your sexuality at an age where it shouldn't be awakened," she explained. "Had that not happened in my life and had I had an opportunity to have a normal courtship with a boyfriend at 16 or whatever... there wouldn't have been that shame that was always haunting me. It made me more sexually promiscuous and more sexually curious at a younger age than I should have been."

The "Desperate Housewives" star refuses to let that moment stop her from moving forward with her life.

"Some people enjoy pain, feeling like, 'I'm not alive if I'm not feeling anything, so I'd rather feel anger, I'd rather feel resentment and angst because I know that I'm alive.' I'd much rather say, 'You know what? I'm alive and I want to feel good,'" she said. "I certainly had struggles in my past. It didn't change who I was, but it informed what I know not to do in the future or what I know to let go of. It's a continual lesson of just not holding onto the past. Yes, it helps inform the future, but you have another opportunity to do things differently, to let new things happen in your life. You have to embrace that."

What do you think about Vanessa's candid comments? Tell toofab in the comment section, and click "Launch Gallery" below to see more women of the 90's. 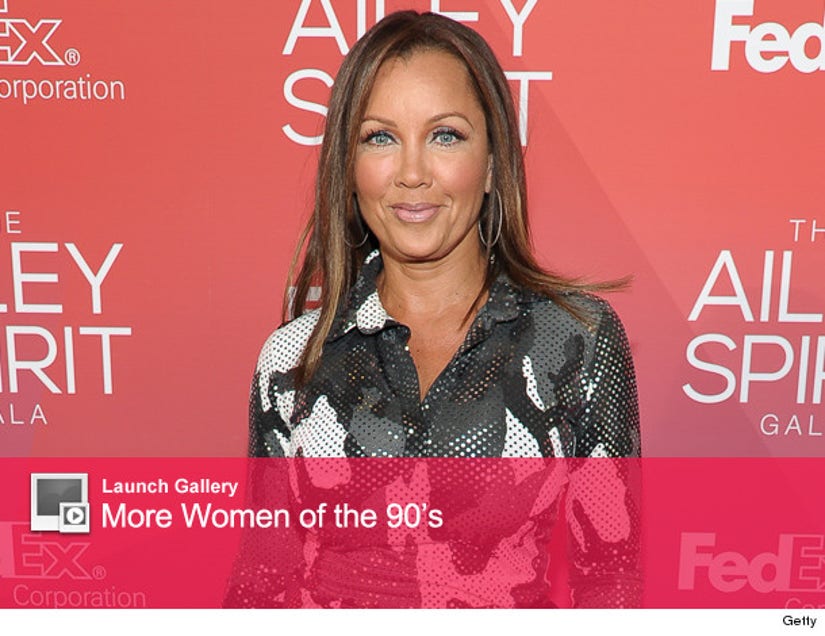