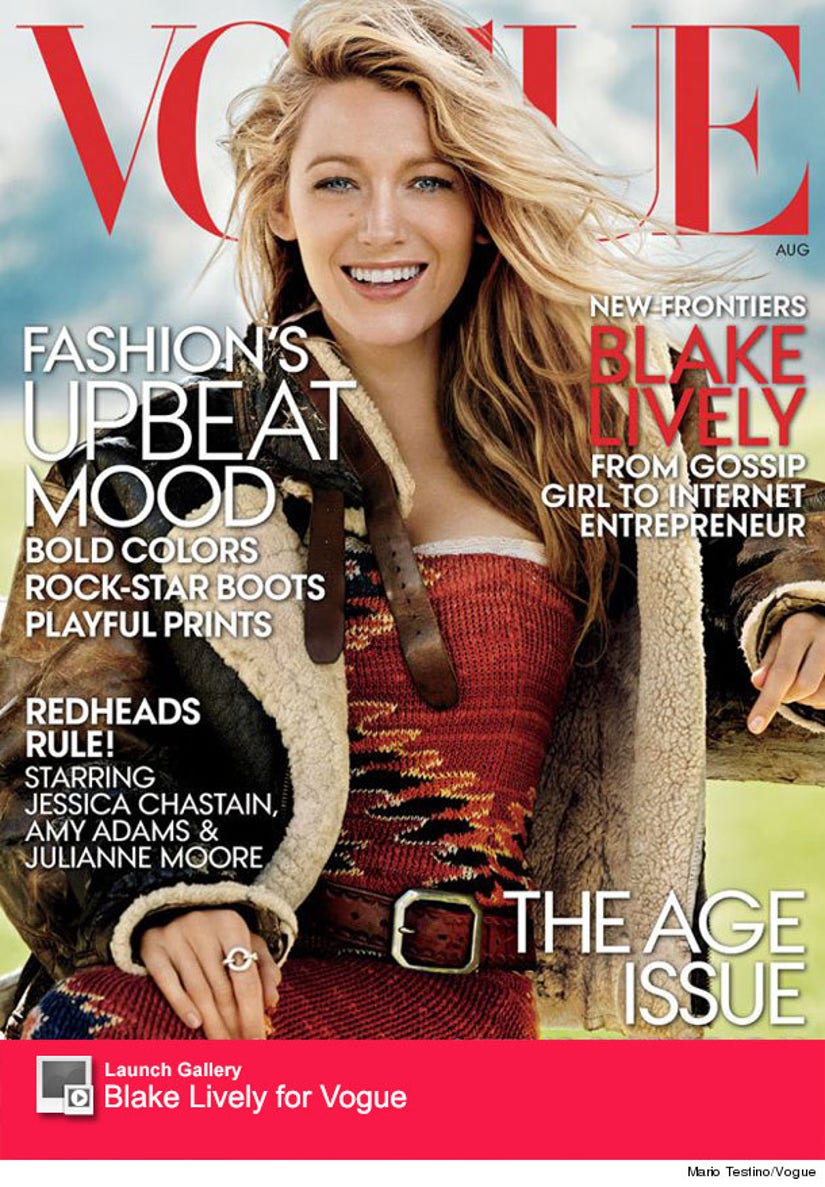 Blake Lively is a lady in love!

The blonde beauty covers the August issue of Vogue, where she opens up about her relationship with hubby Ryan Reynolds and shares her thoughts on critics.

The 26-year-old says that she and the "Just Friends" star do everything together -- from practicing their lines to shopping for furniture!

"He's a part of it because everything we do in life we do together. If I'm working on a movie, he helps me with my character; I do the same with him. Picking out a coffee table. What we're going to eat. He's a beautiful writer—he's written a lot of stuff for us. And he's got a great barometer and he knows me, so he will tell me if it's not as good as it can be," she tells the mag.

"He's going to be a great father and leader and patriarch—he's so meant to be all of those things. The fact that he lived so much before we got together, he's the exact realized person that he should be. And so I get to share my life with the person he's become, and we get to grow from there."

Wonder if the cute couple has babies on the brain?! 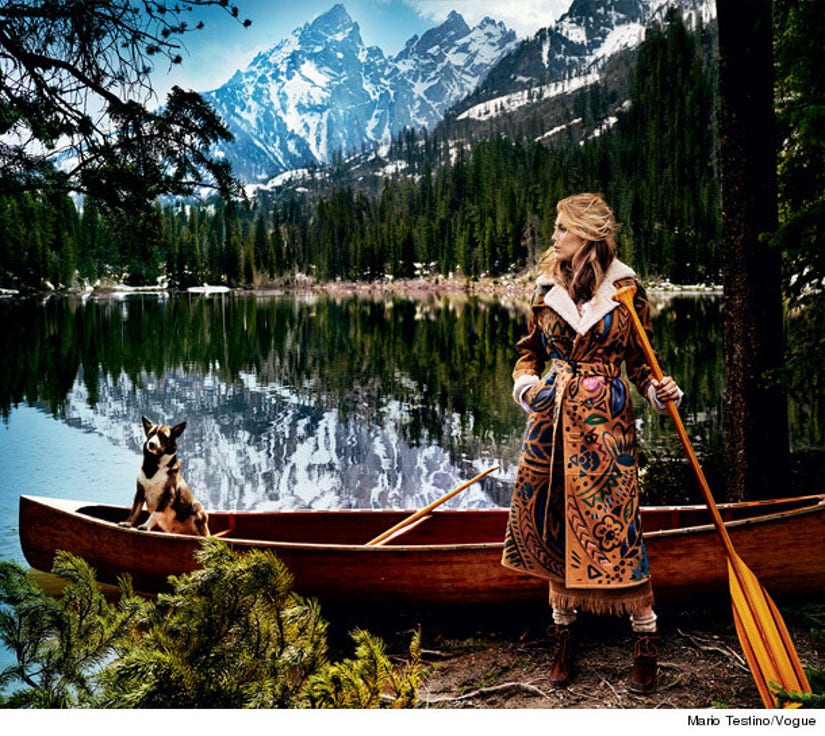 The "Gossip Girl" alum also says that she's not worried about what critics say. Lively recently received some backlash when she started her own lifestyle website, much like Gwyneth Paltrow's Goop.

"I'm sure there will be plenty of people who will say horrible things. I'm sure this interview will be picked apart. But you can't worry about it. There have been so many things written about me that are untrue and horrifying. I can't even believe that my family has to read this stuff. You just have to do what makes you happy, because you'll never get a unanimous vote," she says of the critics and the tabloids.

"People like to gossip. They bond over it. They don't bond over complimenting famous people. I'm always the first person to defend Gwyneth Paltrow. Or any woman in a position of power, like Martha Stewart or Oprah, who gets burned. Because they have paved the path for so many other women who are doing something they believe in," she adds.

"Our wedding was becoming a disaster, and we didn't know what to do, so we called Martha! She said, 'Don't worry. I'll handle it.' She sent her team down to save us. And then she called her friends who have a home in South Carolina and set us up at the most amazing getaway. This is the day of our wedding!," she explains. 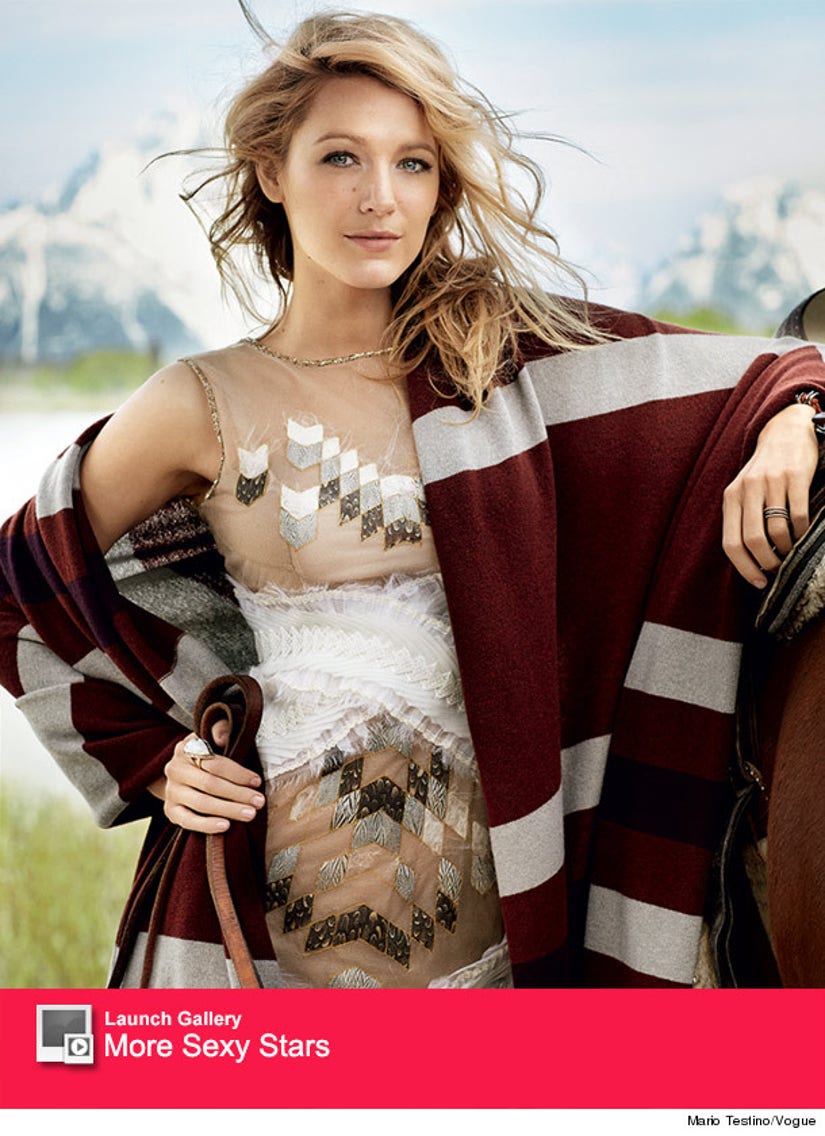 It definitely sounds like Blake is woman who knows what she wants -- what do you think about her candid comments? Sound off below and check out the galleries above to see more stunning photos from Lively's shoot with Vogue and even more sexy stars!