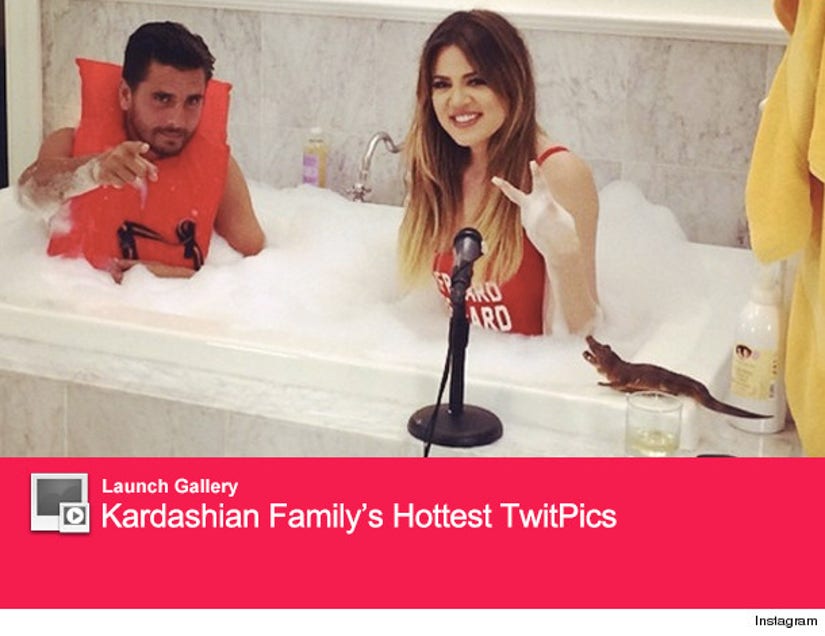 What would Kourtney say!?

Khloe Kardashian took to Instagram on Friday to share a silly snapshot with her sister's longtime beau Scott Disick, where the pair is taking a bubble bath together.

In the pic, the father-of-two is sporting a life preserver as Khloe rocks a revealing red one-piece with "Lifeguard" written across her chest.

We know that the Kardashian clan is close, and it seems Scott is very comfortable with his girlfriend's family! 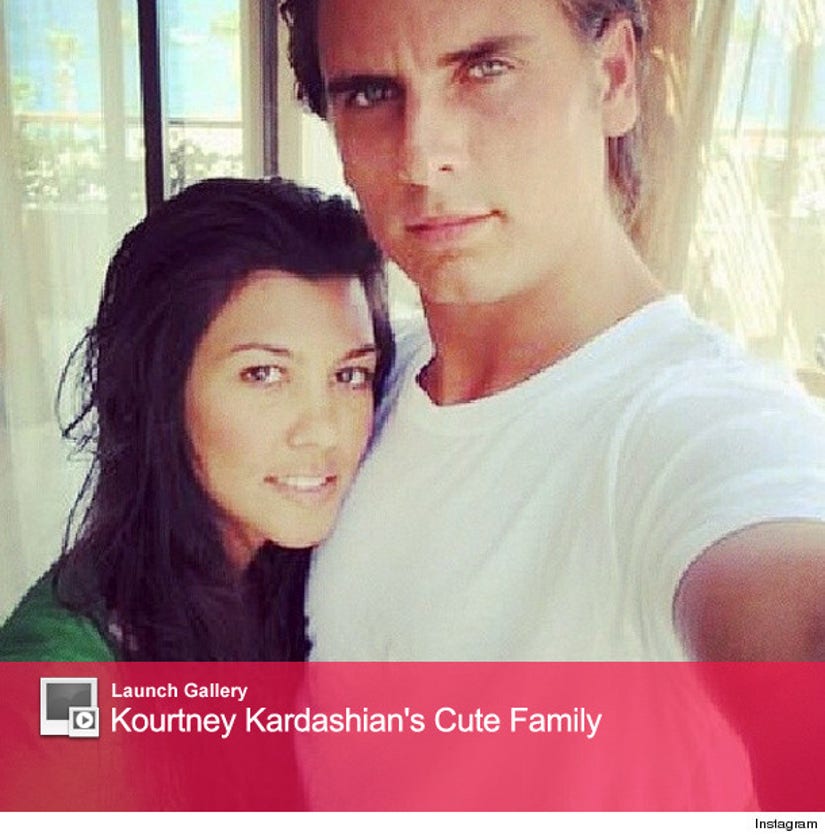 Disick seems to be on the mend after recently being hospitalized for alcohol poisoning.

According to TMZ, the "Keeping Up with the Kardashians" star spent the night drinking heavily at 1Oak nightclub in the Hamptons before entering Southampton Hospital, where he was diagnosed with alcohol poisoning.

All of this happened a day after Kourtney Kardashian, who's pregnant with the couple's third child, hosted niece North West's first birthday party back in Calabasas, California.

Earlier this year, both Disick's mother Bonnie and father Jeffrey died, and the losses have left quite an impact on the E! star.

"He's had an unimaginable year losing his parents," a source told People. "There have been highs and lows, and he's just doing his best trying to work through everything. He's really making progress."

We're happy to see Scott in a better place!

Click "Launch Gallery" at the top to see more of the Kardashian family's hottest TwitPics, and check out the pics above to see Kourtney's cute family.