In a new video from the set of "Star Wars: Episode VII," director J.J. Abrams revealed a first look at the new X-Wing starfighter ship that will appear in the film.

Abrams stands in front of the war-torn ship while talking about their fundraising efforts.

"We cannot tell you how grateful we are for your support," he says in the clip above. "People from over 119 countries have already participated and that's incredible and we're so grateful. But we're still going, we have one week left. So for this final week, we're offering you and a friend the chance to visit the set of Star Wars: Episode VII and be in the movie." 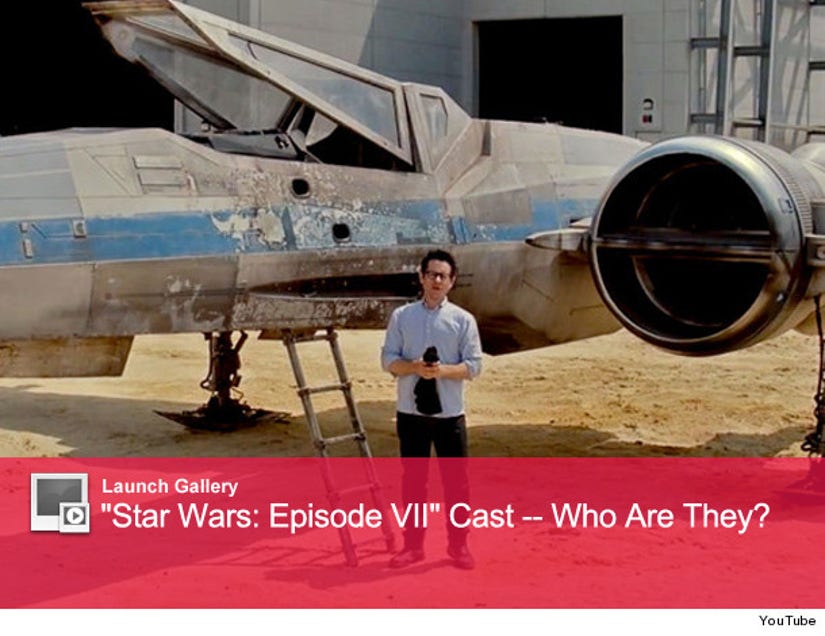 The new set video isn't the only piece of "Star Wars" news floating around the Internet!

According to the site, the new movie will begin with Daisy Ridley and John Boyega's characters discovering Luke Skywalker's severed hand 30 years after Return of the Jedi ends. The duo then team up with Han Solo and Chewbacca to track down the vanquished Jedi master.

Sound like a good storyline to you? Sound off!