The "Keeping Up With the Kardashians" starlets were spotted hanging out with their older sister's former BFF Paris Hilton at the Kick'N It For Charity Celebrity Kick Ball Game in Glendale, Calif. on Saturday.

Kendall went for a sporty look in leggings and a baseball jersey and hat, while her younger sister Kylie hit the field in thigh-high black stiletto boots.

Can she run in those!?

The Jenner girls were on the same team as Hilton -- and at one point, Kendall and Paris were even standing side-by-side laughing together in the same pose.

Paris and Kim have quite a long history -- the two had been friends since childhood and Kim even was Paris's assistant for a few years, but they had a big falling out starting around 2007 when Kim and her family shot to fame with their reality show. 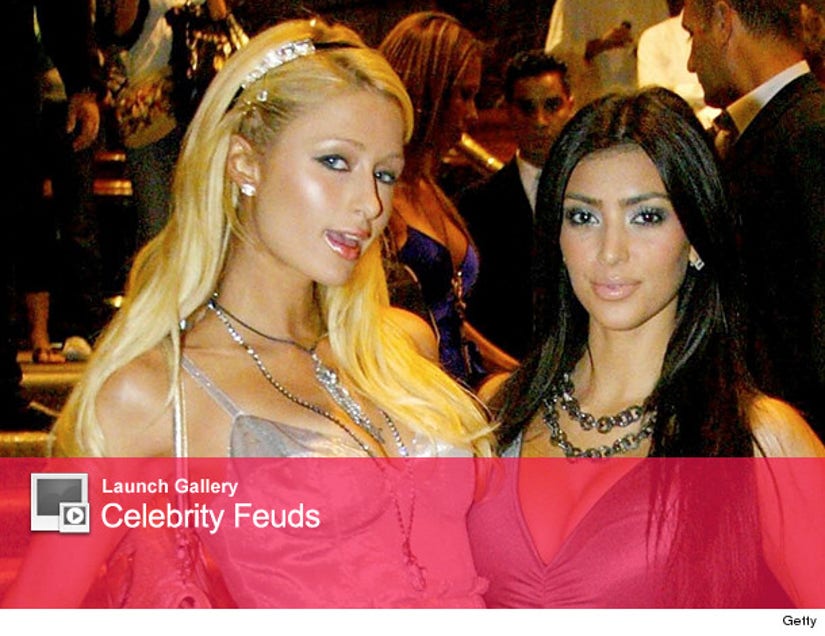 Soon after, Paris started making digs at Kim, saying her butt is "gross" and reminds her of "cottage cheese inside a big trash bag." And when Paris was asked if she thought Kim's fame was overshadowing her during a 2011 "Good Morning America" interview, she said, "No, not at all," and walked out.

There were rumors that Paris apologized to Kim for her mean comments and they came to a truce, but the two haven't been spotted together since 2009.

Maybe the Jenner girls can help Kim and Paris reunite? We'll have to wait and see!