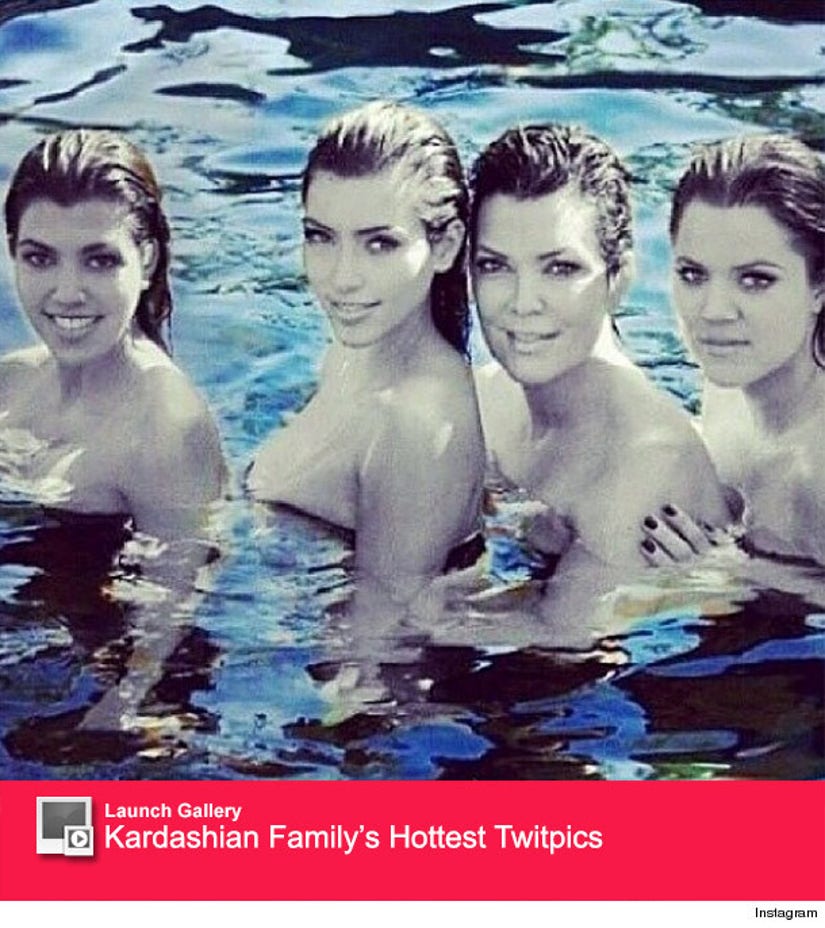 Kris Jenner loves to show off her ... girls!

The "Keeping Up with the Kardashians" matriarch took to Instagram Tuesday to share of snapshot with Kourtney, Kim and Khloe Kardashian.

"I miss you guys so much @kourtneykardashian @kimkardashian @khloekardashian !!! #pleasecomehome #love," she captioned the sexy shot of herself with her three daughters in a pool.

At first glance, all four reality stars appear to be topless. But, it seems they're all sporting strapless black swimsuits.

Kim is currently in Punta Mita, Mexico, with her hubby Kanye West while he records his new album. 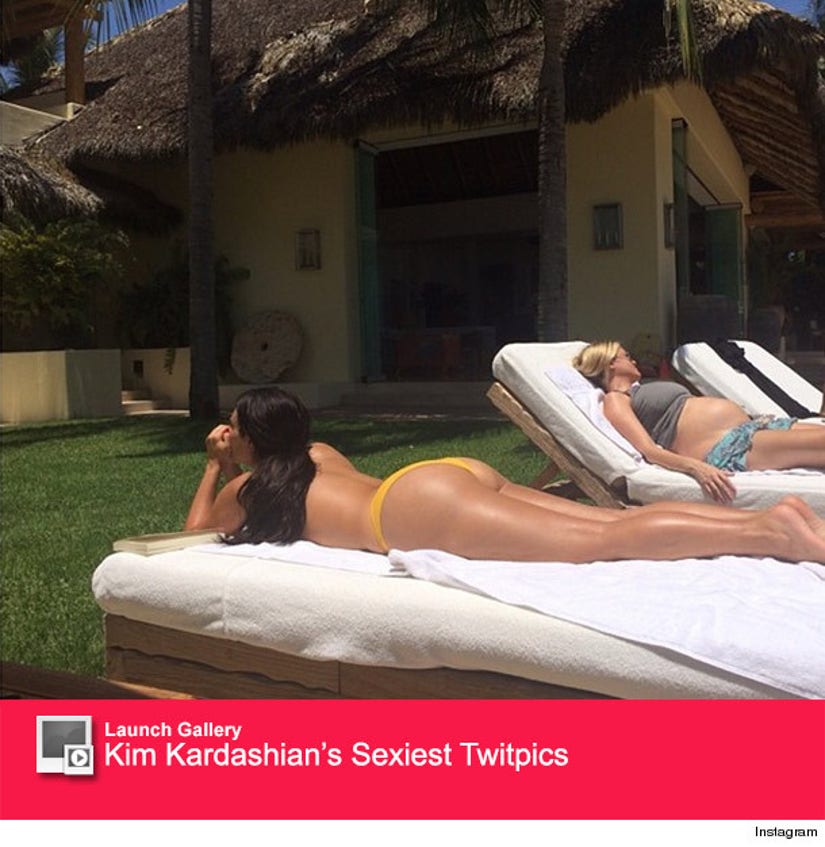 North West's mama has been busy posting some poolside photos of herself, soaking up the sun in a yellow bikini with her booty fully on display.

Kourtney and Khloe are currently living in the Hamptons, where they're filming the reality spin-off series, "Kourtney & Khloe Take the Hamptons."

Sorry, Kris -- it sounds like you're on your own this summer!