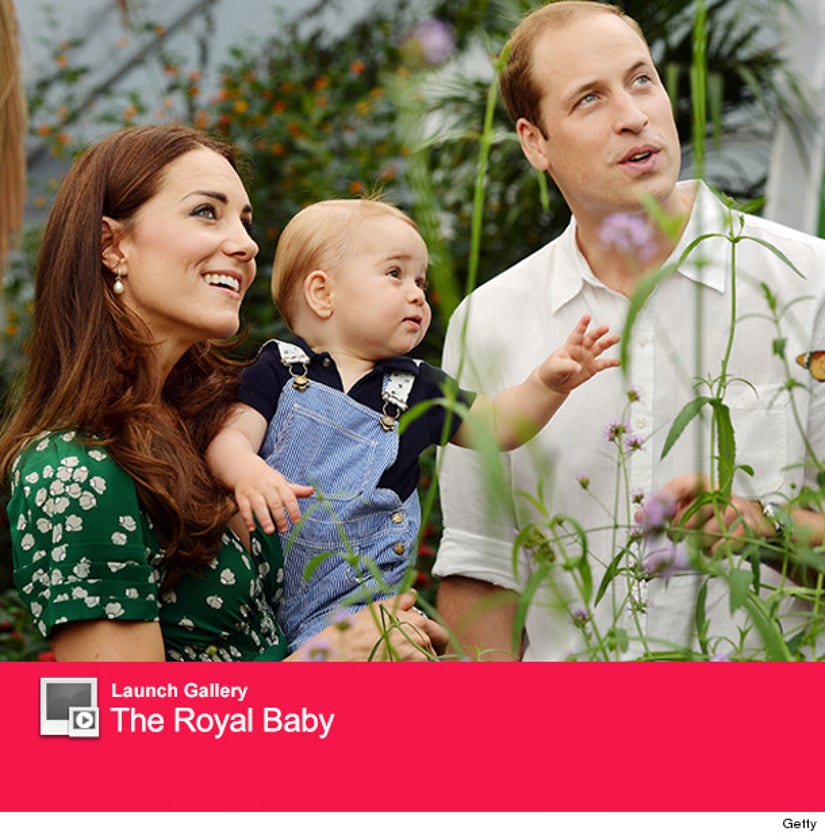 The Royal Baby is growing up!

Prince George celebrates his first birthday today -- and his famous parents are marking the occasion with some brand new photos of their adorable little boy and a statement about his first year.

"We would like to take this opportunity on George's first birthday to thank everyone over the last year, wherever we have met them, both at home and overseas, for their warm and generous good wishes to George and our family," Prince William and Kate Middleton said.

The birthday greeting follows some brand new photos of the cute tot, which were released on Sunday and Monday evening.

In one, George is seen walking around chasing butterflies at the "Sensational Butterflies" exhibition at the Natural History Museum. In the other two, the chubby-cheeked cutie is photographed with his parents, clearly in awe of the flying insects.

See all the photos in the gallery above.

This is only the latest in a series of adorable sightings of the kiddo, who has made numerous public appearances in the last 12 months -- including a tour of Australia and New Zealand.

Despite all the events, Will and Kate insist that George has a "normal upbringing."

"They take George to playdates at the homes of friends, among them Kate's old Marlborough friend Alice St. John Webster, who has a baby several months older than George," a recent Vanity Fair article reports. "As for speculation about when Prince George will have a sibling, Nicholl reports that there are rumors among the couple's friends that they plan to try this summer."

Do you think they'll have Royal Baby #2 anytime soon? Sound off below!