Update: Lionsgate has just released the trailer -- check it out above.

"Hunger Games" fans at Comic-Con just got one incredible sneak peek at the first full trailer for "The Hunger Games: Mockingjay -- Part 1" -- and we've got all the details!

toofab's Brian Particelli was one of the lucky few who got a press pass for the Samsung Galaxy Experience in San Diego for the flick. Keep reading for his first hand account of the whole event -- and a breakdown of the trailer.

After getting our photo taken with holograms of Peeta Mellark and Johanna Mason on President Snow's throne (as seen in the teaser trailers for the film), we were treated to a visit to Peeta's bakery. From cronuts to French macaroons, there was no shortage of good eats.

With Peacekeepers watching our every move, we got a look at some Capitol fashions before being whisked to the screening room for the trailer. 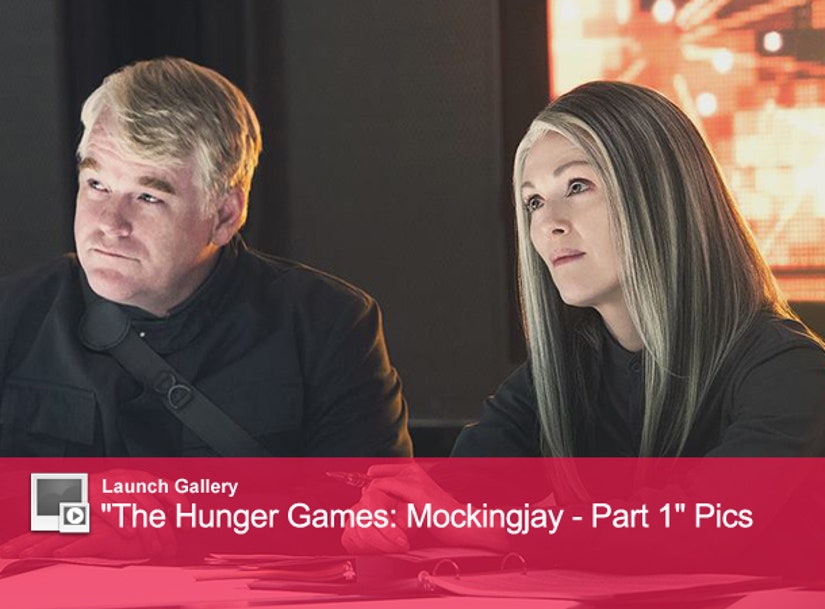 The clip opens with Plutarch Heavensbee (Philip Seymour Hoffman) trying to convince District 13's President Coin (a gray-haired Julianne Moore) that Katniss Everdeen (Jennifer Lawrence) is the "Face of the rebellion" against the Capitol.

He adds, "No one else can do this but her ... we need to unite the people." Coin isn't so sure, saying the last Games "destroyed" her.

We then get glimpses of Gale (Liam Hemsworth) in military garb and the first look at Natalie Dormer as propaganda photographer Cressida, shaved head and all.

But, it all culminates to a moment between Katniss and a injured boy -- which as a fan of the books, we assume takes place during her trip to the hospital District 8. He asks her, "Are you here to fight with us?" 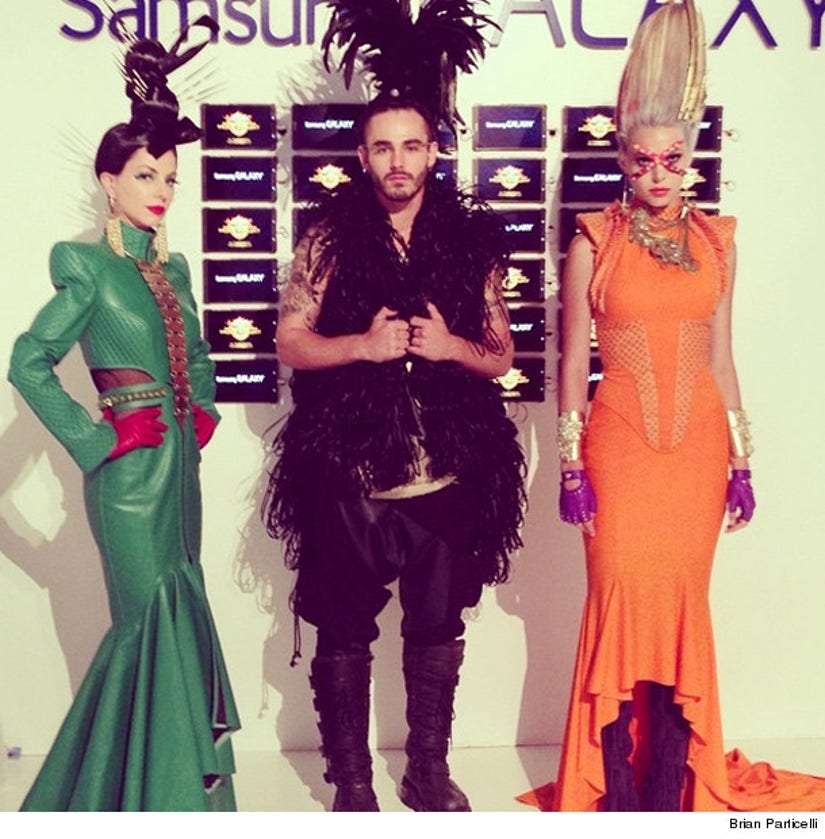 Jennifer Lawrence, dressed in a tactical suit, then stares at the camera and says, "I am ... I will."

It was all only a minute long, but definitely carries a lot of impact.

And no, there was no sight of Peeta or Johanna Mason, who are in District 1 with President Snow.

May the odds be ever in your favor!