We just saw the first trailer for "Fifty Shades of Grey," and now, Jamie Dornan and Dakota Johnson are spilling the dirty details from the set.

In a "TODAY" interview that aired Friday, the costars laughed about the "sexual acrobatics" required to make their steamy sex scenes just right.

"The reality of it is that there's a burly man you don't know very well three feet from your face...which isn't how you usually have sex—[not] me, anyway," the actor revealed. "I do, a lot," the actress added.

Of course, Dakota was joking when she said that! "It's more about visually what our bodies look like and what we're doing," she clarified, "so it's more of like a dance. It's like acrobatics." "Sexual acrobatics," Dornan added.

And those sex scenes won't disappoint -- at least not according to author E.L. James, who was very involved in the film adaptation of her best-selling book. "What I've seen hasn't been particularly watered down, so, um, yeah," she said. "I thought it was interesting!"

Check out the clip above to see the oh-so-sexy Christian Grey (Dornan) on the big screen for the first time with his lady love, Anastasia Steele (Johnson). Click "Launch Gallery" below to see more photos from the set. 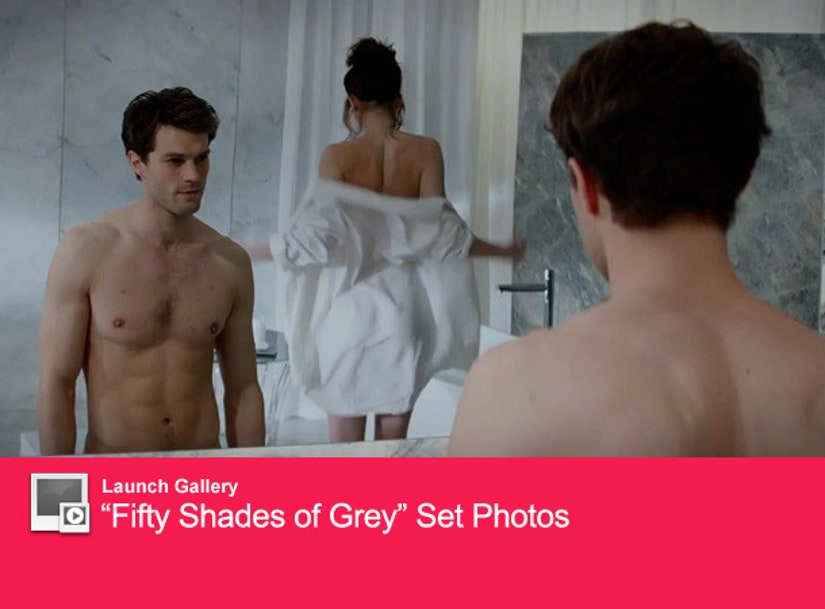