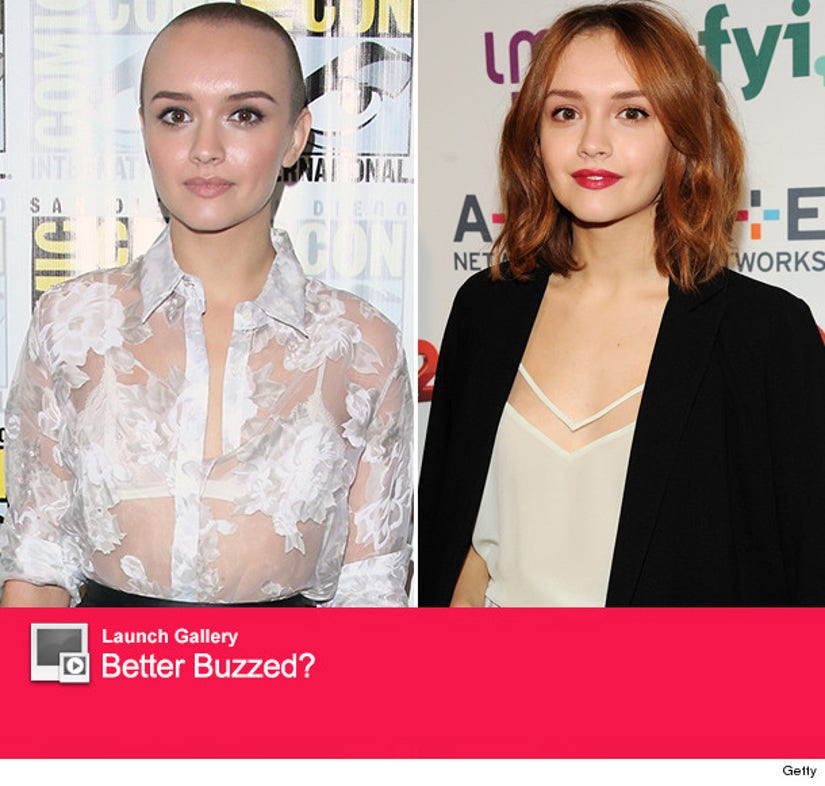 "Bates Motel" star Olivia Cooke shocked everyone at Comic-Con on Friday when she showed up with a completely buzzed head. Long gone were her signature shoulder-length tresses, as the actress recently cut them all off to play a cancer patient in a new film.

Cooke, who plays Norman's BFF Emma on the A&E "Psycho" prequel series, debuted her hair-free head at a panel for the TV series on Friday.

The actress, 20, shaved her head to play one of the title roles in an adaptation of Jesse Andrews' YA novel "Me, Earl & the Dying Girl."

Just last year, Karen Gillan pulled a similar move, showing up Comic-Con with an equally hairless head at the "Guardians of the Galaxy" panel. The "Doctor Who" star went bald to play Nebula in the new Marvel flick.