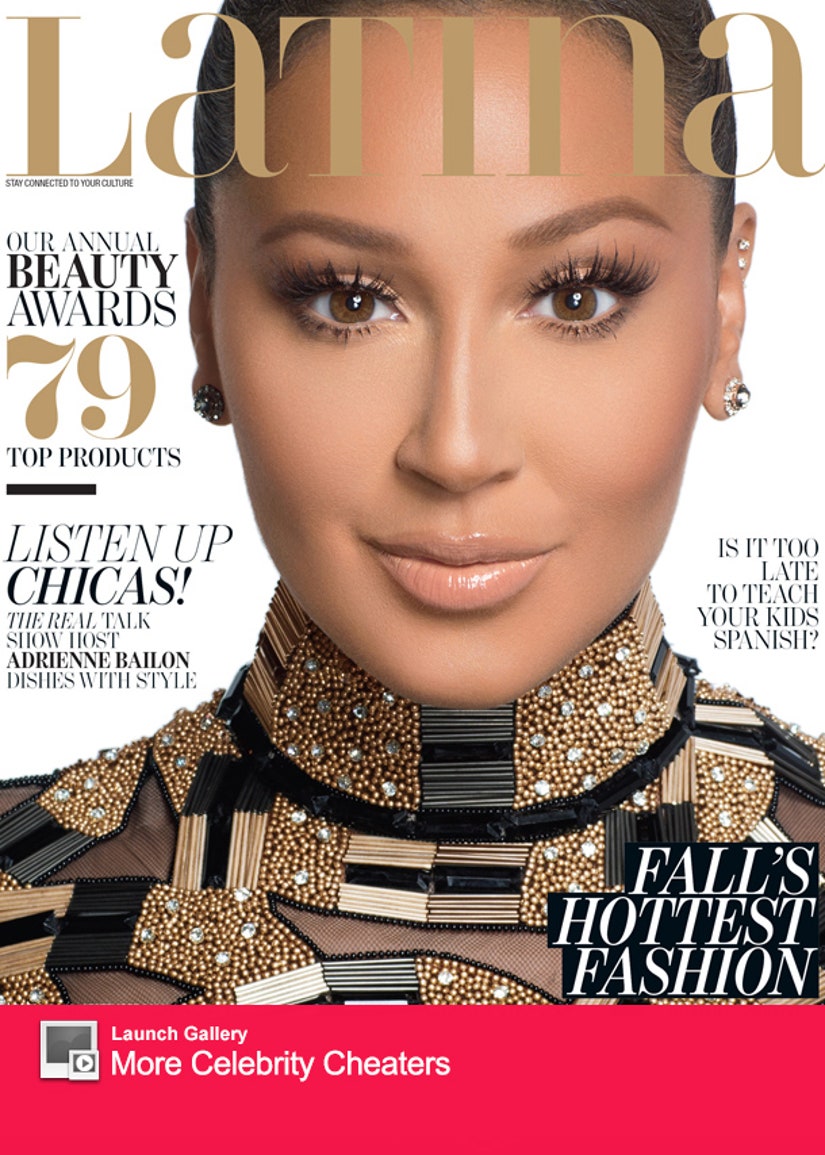 For someone who's "so over" her relationship with Rob Kardashian, she sure talks about it a lot!

Adrienne Bailon is once again speaking out against her ex-boyfriend, branding him as a "disloyal" cheat and saying she regrets appearing on his family's reality show.

Adrienne Bailon: Why I Removed My DD Implants

The two dated for two years, from 2007-2009, and even got each other's names tattooed on their bodies.

"It's common knowledge that he cheated on me," Bailon says of why they split. "It always bothered me that people were like, 'Why couldn't you forgive him?' Why are women always the ones who have to forgive? If you cheated on a man, he would be like, 'You're disgusting, and I want nothing to do with you.' But women, we're supposed to be like, 'He messed up. He made a mistake.'"

"He strategically planned things out so that he could cheat on me, and that to me was so disloyal," she adds. "At the time, I didn't think anyone would even care. To this day, people will still say, 'You ruined Rob's life!' And I'll think, 'Damn, I was still playing with Barbie dolls when I met him.'"

The former "Cheetah Girls" star is currently in the process of removing Rob's name from her derriere -- telling EXTRA "I think living the last six years with somebody's name on your body is a little weird and that's more painful, like, you know, to have to explain it to my [future] kids."