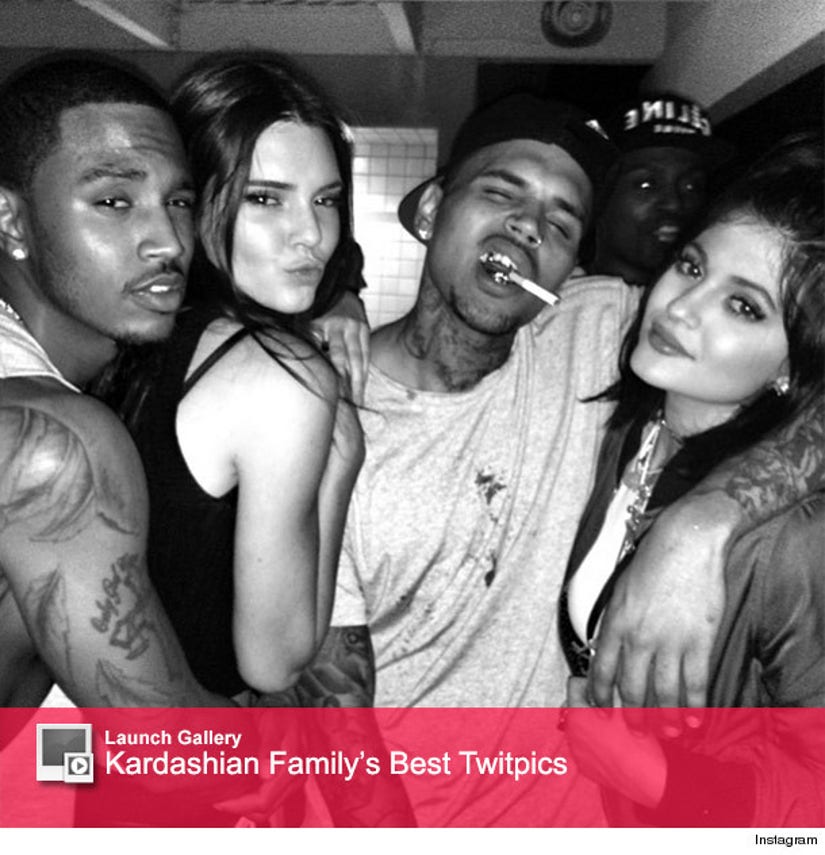 Kendall and Kylie Jenner partied with Chris Brown and Trey Songz over the weekend, and were spotted closely posing with the rappers in a number of Instagram photos on the "Na Na" singer's account.

In one shot, Brown has his arm around the 16-year-old, as Trey holds onto her model sister. In the pictures, Chris is also smoking what looks to be a cigarette.

In the second photo, the "Bottoms Up" crooner has his arms wrapped around both of the "Keeping Up with the Kardashians" beauties as he flips off the camera, and the "Turn Up the Music" singer's snuggled up to 18-year-old Kendall. 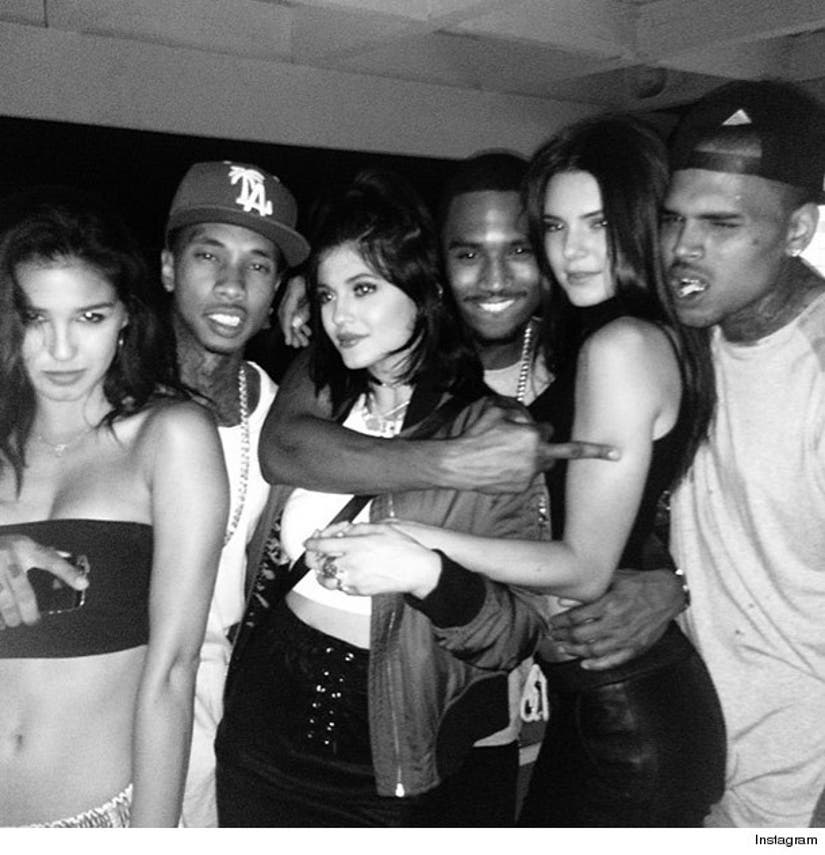 Brown recently completed a 7-week stint in jail for the Rihanna domestic abuse case back in June, after violating probation when he was kicked out of rehab for the second time.

While the Kardashians are known for dating rappers -- Kim Kardashian recently married Kanye West and Khloe Kardashian has been linked to French Montana -- we're sure Kris Jenner isn't thrilled about the teenagers' new friends.

A source close to the family told Us that Kris is also not happy about Khloe's relationship with French. "Kris thinks he's not right for Khloe. She doesn't like that French is a supergangster," the insider revealed.

What do you think about the Jenner girls' photos with Chris and Trey? Tell toofab in the comment section below and click "Launch Gallery" above to see more photos of the Kardashians!