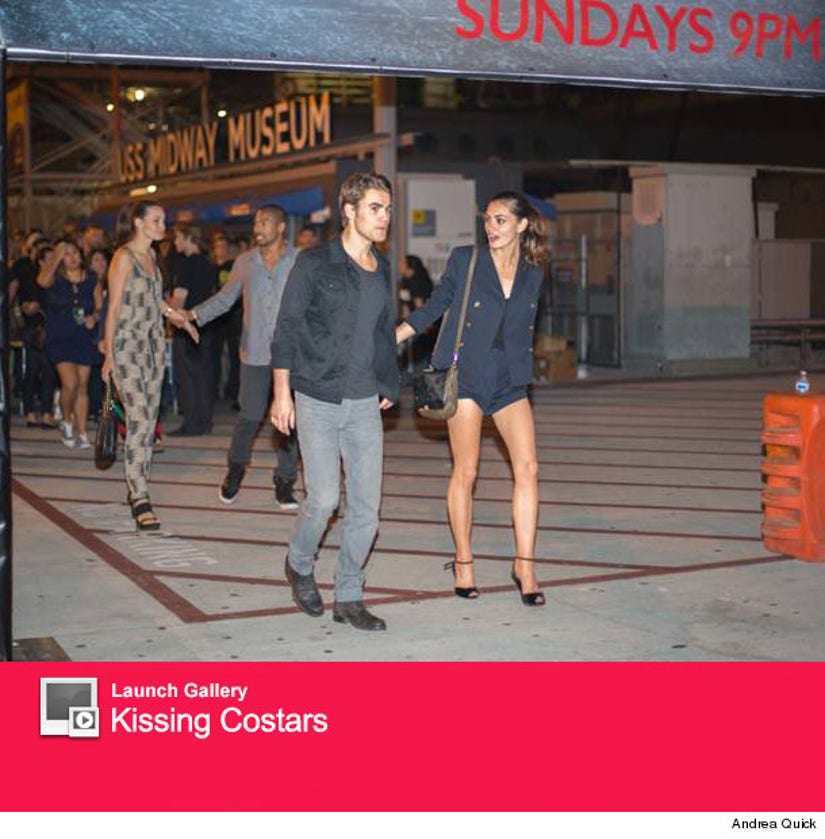 Their races may be mortal enemies on screen, but things are heating up for "Vampire Dairies" star Paul Wesley and "The Originals" hottie Phoebe Tonkin in real life.

Wesley (brooding bloodsucker Stefan Salvatore) and Phoebe (werewolf Hayley) were spotted in a rare photograph together over the weekend in San Diego, where they were both promoting their respective CW series at Comic-Con.

The two, who have been dating since September 2013, are very private about their personal lives -- so fans will be excited about the photo above, showing them arriving together at Evolve Media's CraveOnline Comic-Con event for TNT's "The Last Ship."

Phoebe showed off her enviable legs in navy blue short shorts and a matching blazer, while Paul looked effortlessly sexy in jeans, a black t-shirt and jacket. They were joined at the event -- which was held on the USS Midway and featured performances by MGMT and Grimes -- by Tonkin's "Originals" costar Charles Michael Davis and his girlfriend Katrina Amato.

Wesley was previously married to fellow "Vampire Diaries" star Torrey DeVitto, but they split in July 2013.

toofab's Brian Particelli caught up with a few other celebrities at the bash, as well as at press lines for "The Flash" and "Arrow," where they revealed the craziest thing they'd seen at Comic-Con in 2014.

Check out the answers below!