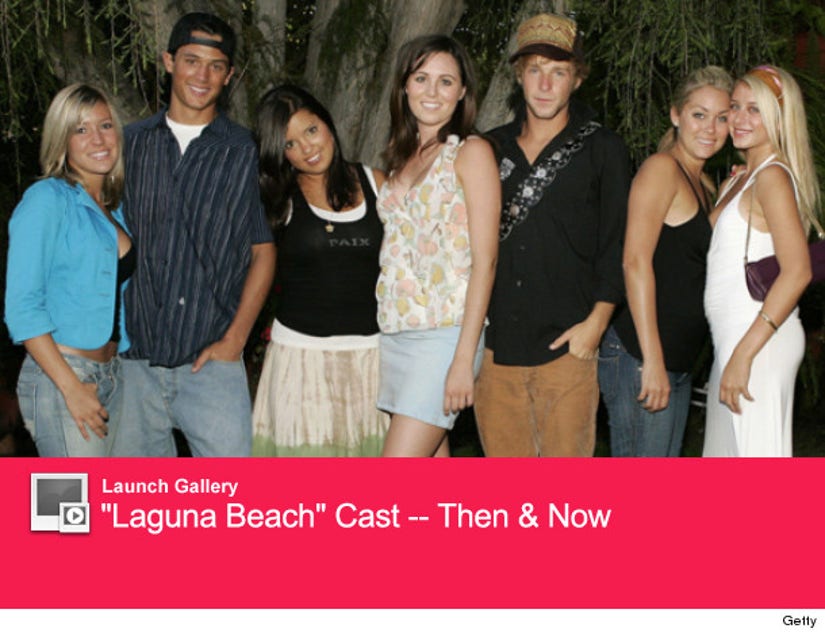 Lauren Conrad has come a long way since her "Laguna Beach" days!

The reality starlet has two successful fashion lines, has written several best-selling books and is getting ready to get hitched. So, did she see it all happening for herself when she was back in high school?

In an old "Laguna Beach" clip from 2004, which MTV just re-posted, LC, Lo Bosworth and pals Christina Schuller and Morgan Olsen offer up their ten year predictions as they look forward to the future after high school graduation.

Some are pretty spot-on, while a few were more than a little far fetched.

The Paper Crown designer was predicted to "drive around in her big silver Mercedes and live in a beach house with her billionaire husband."

"I'll be going to the Oscars, saying thanks for all my friends," said Christina, who now works as a personal trainer in Pasadena.

"You'll be married and living back here," Schuller envisioned for Morgan. Meanwhile, Lo was expected to be "at the reunion waltzing in with her bling fur," according to LC.

What do you think of their predictions? Check out the gallery above to see what actually happened to all of them -- and find out what they look like now!