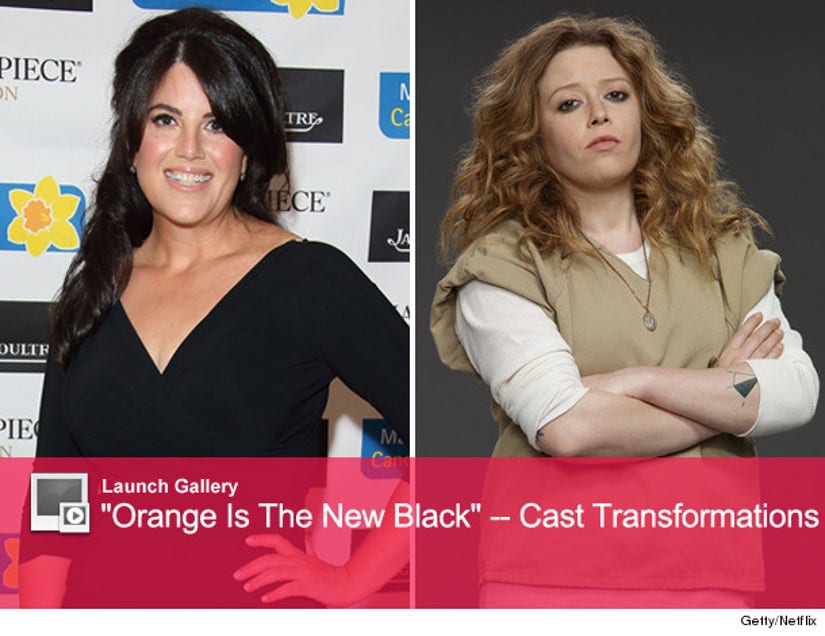 Monica Lewinsky was an avid fan of "Orange Is the New Black" ... until Natasha Lyonne's character Nicky made a joke at her expense.

In a blog written for Vanity Fair, where she's a new contributor, the infamous White House intern reveals that she was not pleased to find her name as the butt of a joke during Season 1 of the hit Nexflix series.

Monica Lewinsky on Clinton Sex Scandal: "I Was a Virgin to Humiliation"

"In it, there was a vulgar reference to my last name and DNA. I did what I usually do in these situations where the culture throws me a shard of my former self," she writes. "After the cringing embarrassment, the whiff of shame, and the sense that I am no longer an agent running my own life, I shuddered, I got up off the sofa, and I turned it off."

In the episode, Nicky tells Daya (Dascha Polanco) that she needs to "Lewinsky that s***" and "get some splooge on your uniform" in order to frame Pornstache (Pablo Schreiber) for rape.

It's unclear if she ever picked the show back up again ... but she should, because it's awesome.

Monica Lewinsky Speaks Out About Affair with President Clinton

Do you think the Lewinsky joke was offensive? Tell toofab in the comment section below, and click "Launch Gallery" above to see the "Orange Is the New Black" stars' transformations!