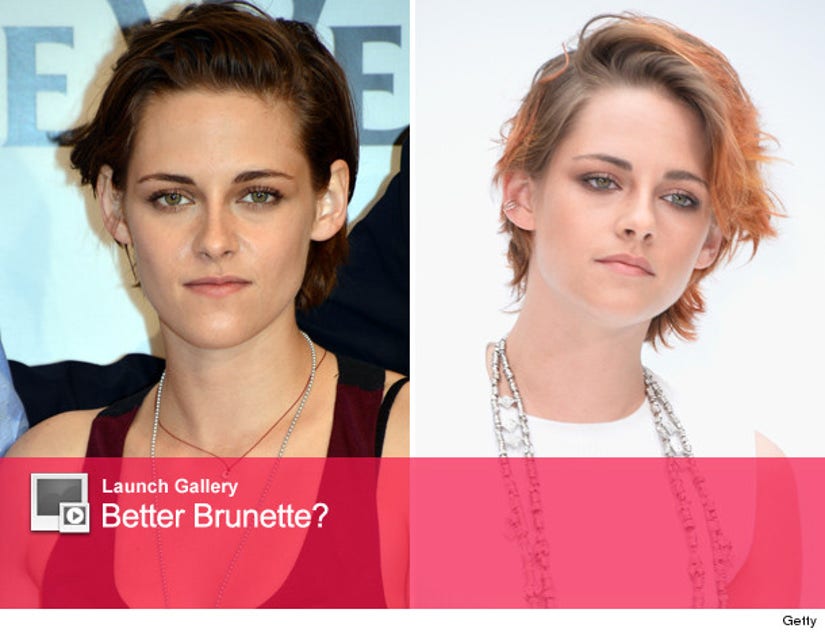 Kristen Stewart is going back to her roots ... literally!

The "Twilight" star debuted her new brunette 'do at a press conference for her upcoming film, "Equals," in Tokyo, Japan.

The actress kept her hairstyle a little loose and casual, opting for a tousled wet, combed-back look with a fresh-faced makeup palette.

Her chestnut locks are much more natural than the washed-out neon orange hue she was sporting for her role in "American Ultra." 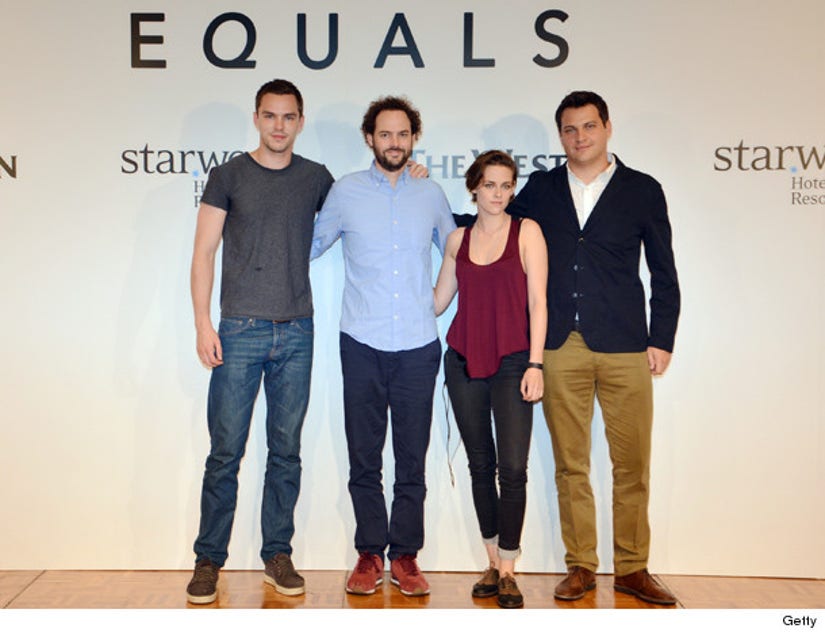 The brunette beauty has been spending some time with costar Nicholas Hoult, who isn't letting his split from Jennifer Lawrence get him down.

The pair was spotted grabbing sushi together last week, which sparked rumors that the two are dating.

The actor talked about his on-screen chemistry with Stewart during the press conference on Saturday.

"It's always a weird position to be put in any film where the director chooses two people and is saying, 'Hey, potentially in this world I'm creating you two could fall in love,' " he told reporters (via People).

"Sometimes [this kind of situation] feels forced and tricky and awkward, but the kind of environment [director Drake Doremus] created was straightforward and easy."

"Kristen is a great actress, and that just makes it very relaxed and my job very easy," he added.

We can't wait to see their sparks when "Equals" hits theaters next year!