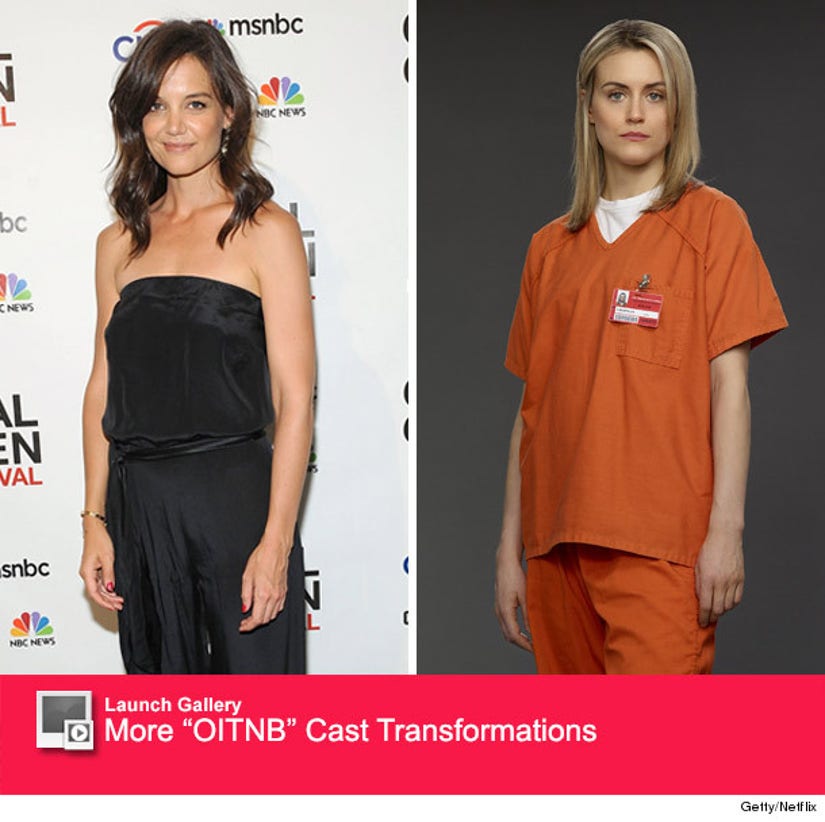 "Orange is the New Black" creator Jenji Kohan recently chatted with E!, where she revealed that the "Dawson's Creek" star was almost given the leading role in the prison series as Piper Chapman.

"I'm a big fan of hers," Kohan told the site at the DGA in West Hollywood. "You know, I met with her."

Unfortunately for Holmes, she had other commitments and did not sign on with the hit Netflix series. The role went to the now-Emmy nominated Taylor Schilling -- a casting choice that we think was the perfect fit for the show.

"She had other things to do," Kohan revealed. "And also in the beginning, no one knew what this was."

Taylor also said at the event that she's a big fan of Katie, and would love to have her guest star on the series sometime.

It definitely seems like Jenji made the right choices when it came to casting the comedy, the ladies seem to have great chemistry together on-screen and even seem like close friends off-screen.

The series' stars also took over "Conan" on Monday, and opened the show with Laverene Cox giving the red-headed talk show host a makeover.

Uzo Aduba also opened up about landing the role of Crazy Eyes and taught O'Brien how to do her signature look.

Don't you just loves these women! We can't wait for Season 3 of the hit series -- what do you think about the Katie casting news?

Sound off below and click "Launch Gallery" above to all of the ladies transformations on "Orange is the New Black."