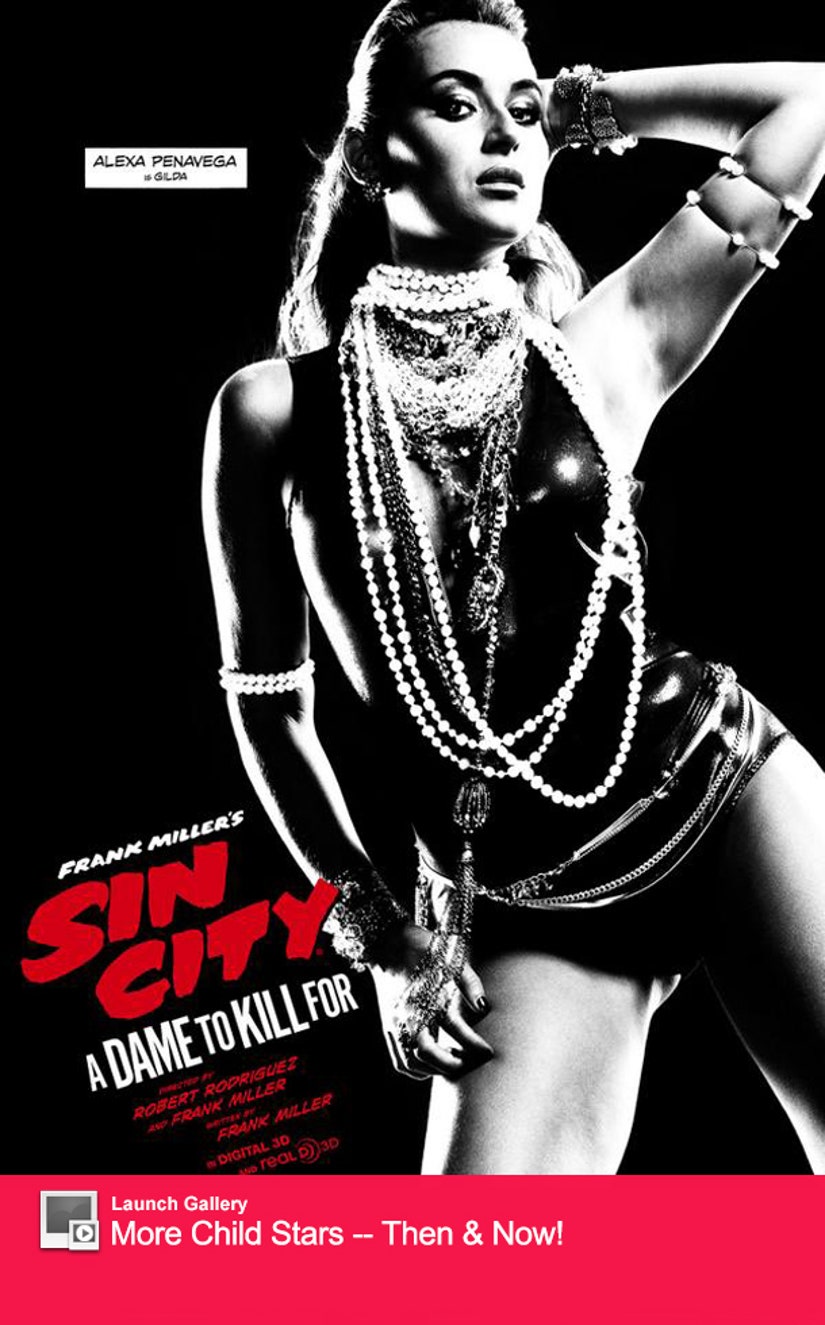 Robert Rodriguez has been working with Alexa Vega since she was just 13 years old -- but she's all grown up in his latest film, "Sin City: A Dame to Kill For."

The director posted the first shot of the now-25-year-old actress Wednesday on Twitter, showing her in a skimpy pleather leotard and a whole lotta jewelry.

The poster reveals her character's name is "Gilda," but little else. It also credits her as "PenaVega," her married name after marrying Big Time Rush star Carlos Pena back in January.

This is the 6th film Alexa's done with Robert, starting with "Spy Kids" back in 2001. She went on to star in that film's three sequels, as well as "Machete Kills."

"Sin City: A Dame to Kill For" hits theaters on August 22.

Check out our interview with Robert below to find out what it was like filming Jessica Alba's new strip scene in the flick!