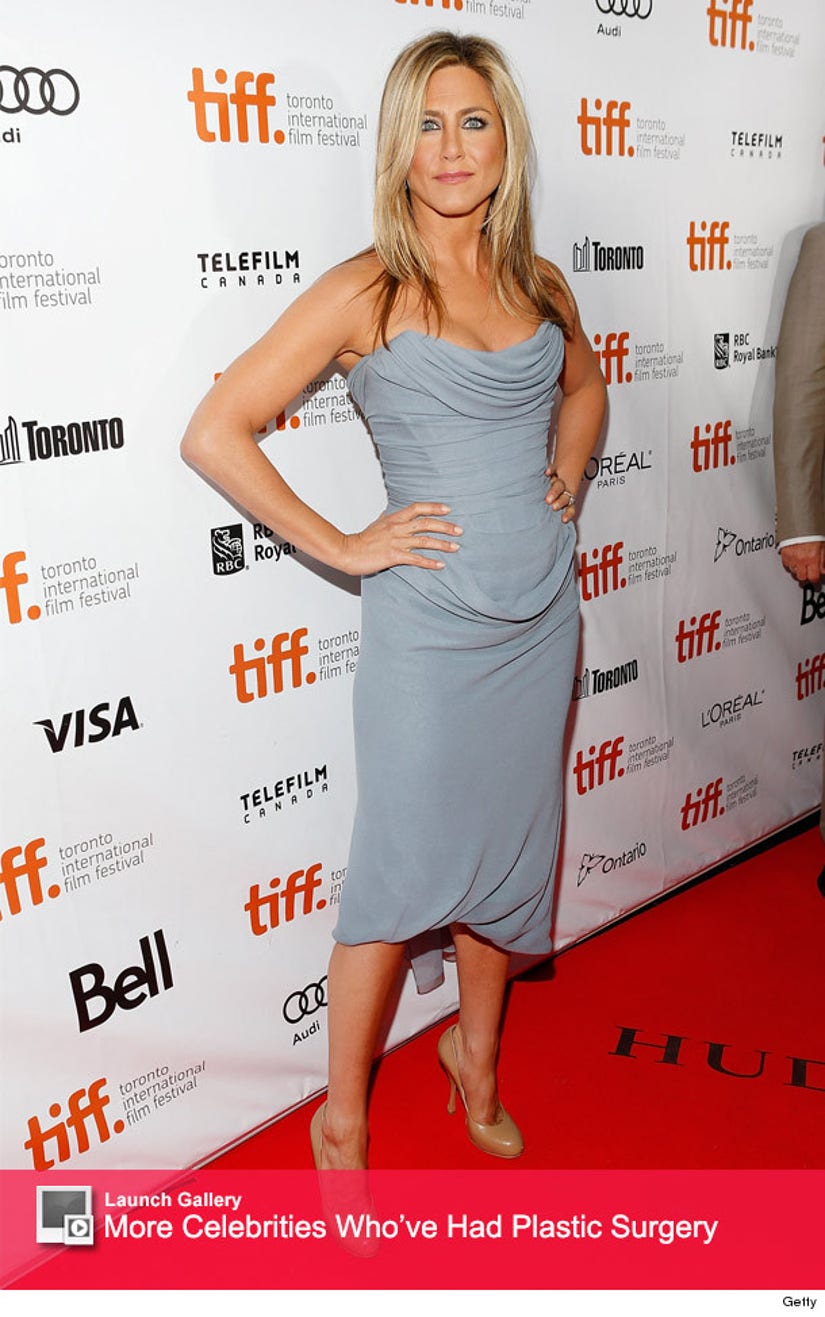 Jennifer Aniston will never get Botox ... and Justin Theroux wouldn't have it any other way!

In a revealing conversation with beauty guru Bobbi Brown, the former "Friends" star opens up about the pressures put on women in Hollywood and her own struggles with weight. Yep, even Jennifer Aniston battles the bulge.

"I think, what I have been witness to, is seeing women trying to stay ageless with what they are doing to themselves. I am grateful to learn from their mistakes, because I am not injecting s**t into my face. I see them and my heart breaks," the 45-year-old says.

"I think, 'Oh god if you only know how much older you look.' They are trying to stop the clock and all you can see is an insecure person who won't let themselves just age," she continues.

Referencing Theroux, she adds "I also have a fiancé who will put a gun to my head if I touch my face in any way. To each their own -- I don't judge it if you do it -- but sometimes I wish I could beg the people I know, who I am very near and dear to, to not touch their face."

Jen's stance is completely opposite of BFF Courteney Cox, who has admitted to getting injections in the past.

"Aging gracefully is one thing, but trying to slow it down is another. Sometimes I use Botox," Cox told InStyle back in 2010. "Compared to most, I use it very sparingly. One time I did too much, though. I feel weird if I can't move my face, and that one time I overdid it, I felt trapped in my own skin. I don't have a problem with any of that stuff; if it makes you feel better about yourself and it's done properly, then fine."

Jen also got candid about her weight, telling Bobbi "These days, if I was being super picky, I would love to drop five pounds. That is just where I have always been really comfortable at about 110 to 113 pounds. But it is harder to get that down, at this age."

She adds that she allows herself to eat bread "on the weekends" and her body "doesn't love carbs."

What do you think of Jen's candid confessions? Sound off below!